Discover the career paths of the region’s top brewers

Your high school guidance counselor may not have looked at your aptitude test and said, “Have you considered a career in the beer industry?” That doesn’t mean, though, that you can’t change course. Many people find their own paths to the profession, like these three leaders of the Asheville beer scene who have crafted new lives by bottling their dreams.

Then: Biologist and Teacher 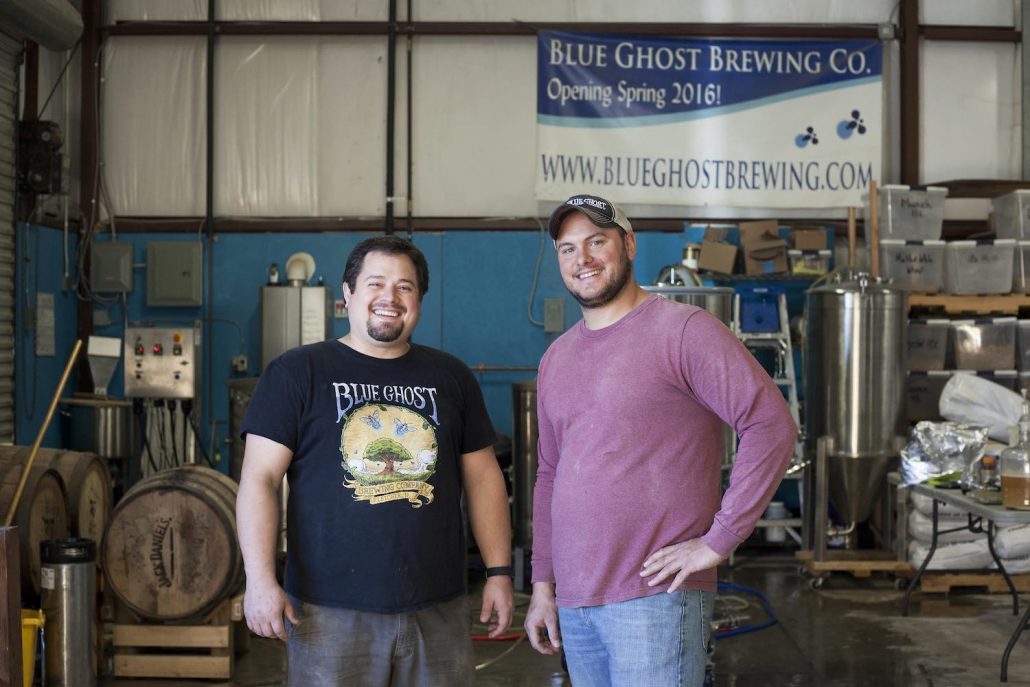 To see a blue ghost firefly, you’ve got to have luck on your side: the tiny insects light up patches of Southern Appalachian forests with their haunting cerulean glow for only a month each year.

Zachary Horn, a former science teacher, first spotted them on a family outing in 2014. When the time came, a year later, to name the brewery he was opening with his friend and fellow biologist and brewer Erik Weber, the blue ghost became a symbol of their good fortune.

It began with an internship at the Western Pennsylvania Conservancy after Horn, a Memphis native, graduated from Rhodes College with a degree in biology. He met his future business partner, Weber, at the conservancy, but when the recession hit in 2007, Horn moved home and taught high school science in inner city Memphis.

Meanwhile, Weber settled in Asheville. Over many visits, Horn came to share Weber’s love for his mountain town and home brewing hobby, which fed their shared passion for biology and chemistry.

After Horn moved his family to Asheville in 2012 and took a job at Enka Middle School, the friends signed up for a one-semester commercial beer-making course offered by Blue Ridge Community College and Oskar Blues Brewery. It put them on the brewery’s radar, and before the class ended, Weber had an assistant brewer’s job at Oskar Blues; a few months later, Horn left the teaching gig and joined him.

The rapid expansion of Oskar Blues brought quick promotions that rocketed Horn to co-lead brewer in less than two years. But when Horn and Weber were offered a great deal on a building in Fletcher, they scraped together the cash from family and friends to open Blue Ghost in March 2016.

Horn, still a biologist and teacher at heart, has also organized a series of talks about the natural history of Western North Carolina at the brewery.

For Horn, the greatest satisfaction is the life he leads now. “There was a day this past summer when we had the doors open and we were brewing beer,” Horn remembers. “The kids were playing outside in the sandbox, and somebody pointed out that I had turned every dad’s dream into a reality.” 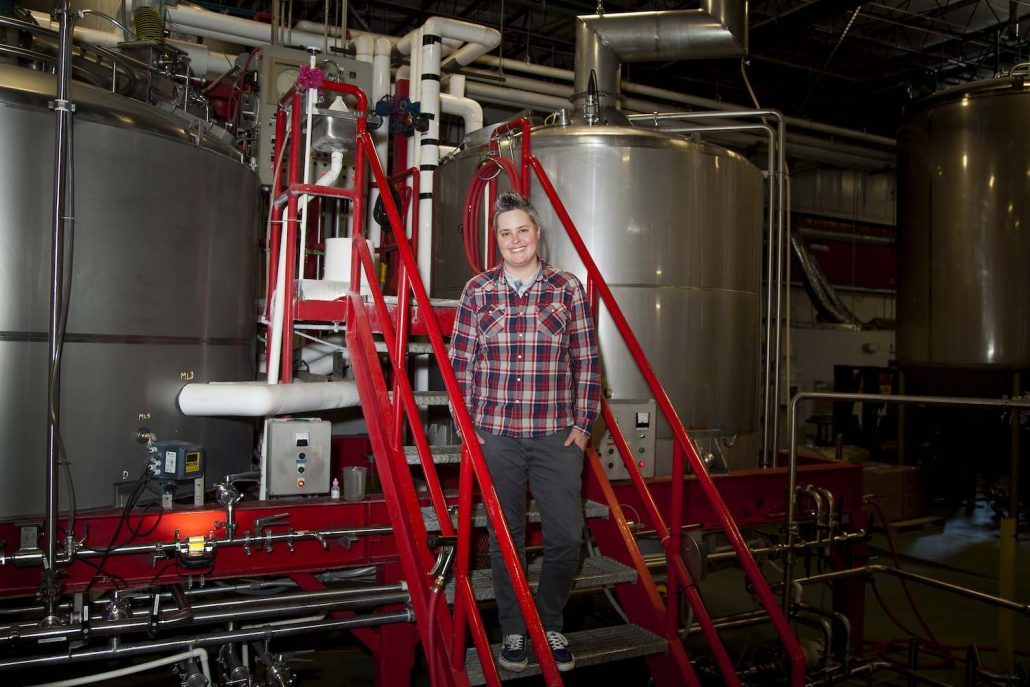 When Hollie Stephenson was working as a lobbyist in Washington, DC, her daily uniform was a suit and high heels. These days, you’re more likely to find her in a canvas work jacket and steel-toed rubber boots.

As the head brewer at Highland in Asheville, Stephenson gets her hands dirty making the company’s beers, everything from testing new recipes to keeping up complex equipment. But she still uses the skills she honed in the nation’s capital.

“I learned how to manage people and projects in my first career, and that applies here, too,” she says. “And there’s the same dedication to making things better. That has always been my passion.”

Stephenson grew up in rural Georgia with an itch to change the world. After graduating from George Washington University in DC with a degree in political science, she landed a job with the Society for Neuroscience, helping organizations secure federal research dollars.

“Being young and in Washington, you felt like you were somebody, even though you were nobody,” she says with a laugh.

Stephenson spent the early 2000s hanging out at some of the mid-Atlantic’s first craft beer bars with other aspiring movers-and-shakers, and when she tried her first bottle of Abita Turbodog, it was an a-ha moment.

“I remember seeing people drinking this dark-as-night black beer and thinking, ‘Aw, that looks cool,’” she says. “At the time, it was just so novel. And then I tasted it, and it completely defied all my expectations. That was my craft beer awakening.”

By 2009, Stephenson was ready to make beer her career. She did an intensive practical brewing program at Brewlab in Sunderland, the United Kingdom, and landed a position at Stone Brewing in California. She quickly rose to the post of assistant brewery trainer, but when she heard about an opening at Highland in 2014, she jumped at the chance to come home to the East Coast.

Highland was a pioneer of the craft brewing movement when it launched in 1994, but the company hadn’t put out a new beer in fifteen years. Since her arrival, Stephenson has led the creation of three new year-round beers and many seasonal and special offerings. She’s quick to point out, though, that the beer business—more than her old stomping ground in DC—is all about collaboration.

“It’s an awesome culture to be in,” Stephenson says. “I still get excited when I see what other people are doing. Craft beer was my passion before I started working in it, and that hasn’t changed.” 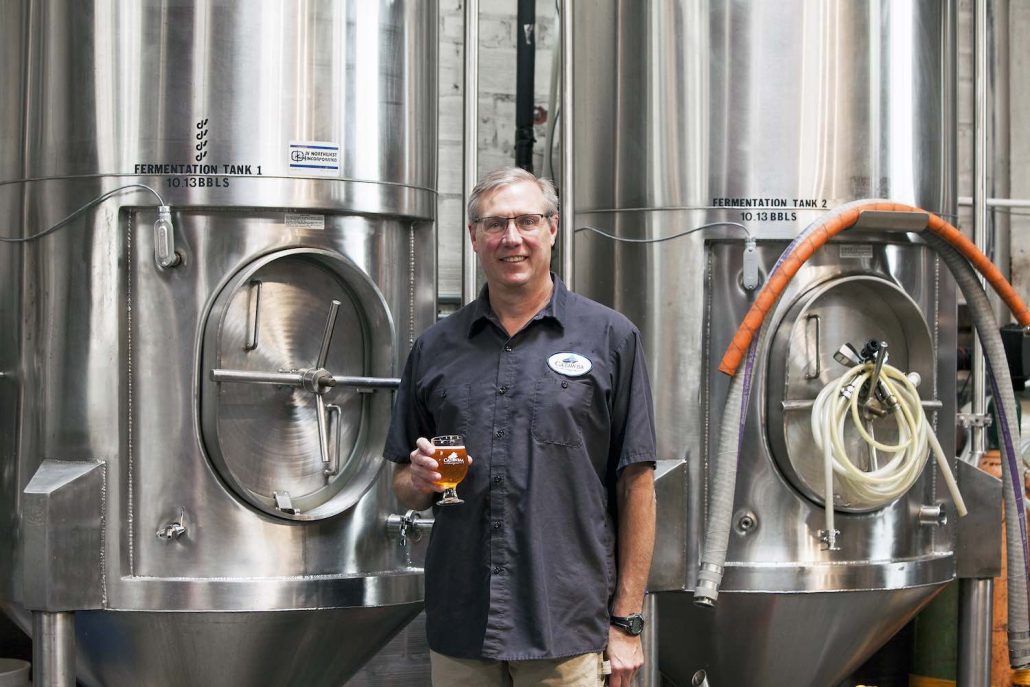 Billy Pyatt’s forebears kept a “dry” McDowell County supplied with alcohol, a heritage celebrated in Revenuers Red, the first beer that Pyatt and his brother Scott made when Catawba launched in 1999. But their road back to the family business was as winding as a mountain trail.

“McDowell County is wonderful, but it’s a big ole world, and my wanderlust was great,” says Pyatt.

After leaving Western North Carolina to earn a bachelor’s degree in mechanical engineering at NC State University in Raleigh and an MBA at the University of North Carolina Chapel Hill, Pyatt spent three decades traveling the world with Corning Incorporated, an international manufacturer of materials used in industries from aerospace to consumer electronics.

He flew nearly 100 times a year from his home base in Hickory, North Carolina, as he eventually rose to vice president for sales and marketing. His travels during the 1980s and ‘90s introduced him to some of the country’s earliest craft-style brews, like Anchor Steam, Rainier, and beers from “a little company called Sierra Nevada.” And he loved them.

When his wife, Jetta, bought him a home brewing kit in 1994, Pyatt was instantly hooked. He and Scott bought a small, cobbled-together commercial set-up from a Colorado brewery and dragged it back to North Carolina. By 1999, Catawba was selling to places like Mellow Mushroom and Barley’s Tap Room & Pizzeria in Asheville.

The business stayed small, though, producing about 1,000 barrels a year, until Pyatt retired from Corning in 2012. “I was watching the craft beer market grow, and we weren’t growing,” he says.

With his corporate expertise, he created a business plan for rapid expansion. In 2016, Catawba produced 11,000 barrels, and it now has three facilities: a production plant in Morganton, a brewery and taproom on Asheville’s South Slope, and a tasting room near Biltmore Village. Another brewery and taproom will open in Charlotte this spring.

Pyatt may no longer have his hands on every batch, but he says, “I can still run the brewhouse, and if you give me enough time, I can fix something that breaks.” Mostly, though, he’s happy to leave the day-to-day operations to his crews while he, Jetta, and Scott focus on the business.

“Every day I wake up and think, ‘I’m doing what I need to be doing at this time in my life, with the people I want to be around,’” says Pyatt. “What’s better than that?” ◊◊ 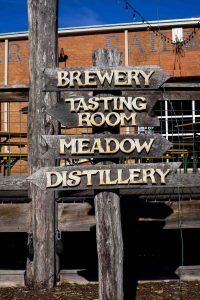 Some of the region’s top brewers explain the path they took to bottle their dreams.

Ripe For The Picking
Scroll to top