Inside the Wine Cellar at the Biltmore Estate

The winery at the Biltmore Estate sells more than a million bottles a year, producing award-winning wines that have been served at the White House.

But when George Vanderbilt built his estate, more than a century ago, vineyards weren’t on his agenda. The property’s first grape vines were planted only in the 1970s. Vanderbilt didn’t make wine; he bought it. And he chose vintages much as he collected art, books, and furniture—with discerning taste and knowledge. He stocked a cellar that could accommodate simple meals with his wife, Edith, as well as elaborate formal dinners that started promptly at 8 p.m. and lasted for hours.

As a member of an enormously wealthy family that managed an empire of shipping and railroad enterprises, Vanderbilt traveled extensively and made purchases while abroad. After a trip to Europe in 1897—where he attended a celebration to mark the Diamond Jubilee celebrating Queen Victoria’s 60-year reign—he returned home with 200 cases of wine, or 2,400 bottles.

Vanderbilt had “a good palate,” according to John Hailman, a modern-day wine expert and author of Thomas Jefferson on Wine. Hailman examined estate archives, including letters and receipts from wine purchases, and concluded that Vanderbilt was “a very knowledgeable wine man with good taste and the wisdom to take advice of excellent suppliers.”

Vanderbilt’s key supplier was Alexander Morten, president of Morten and Company Wine Merchants and Importers in New York. Vanderbilt’s personal secretary, Thomas Morch, managed the estate’s inventory and oversaw everything that was shipped to North Carolina.

In 1913, Vanderbilt purchased 35 cases of an 1890 vintage of Chateau Ducru-Beaucaillou, from a centuries-old estate near Bordeaux, France, that still operates today. That same year he bought 10 cases of a 1909 vintage from Germany’s Bernkasteler Doctor, still one of the world’s great Rieslings. A hand-written inventory of the wine cellar at Biltmore from March 1913 lists sherry, Madeira, Chablis, Volnay, Beaune, Hock, Bordeaux, and Champagne.

A year later Vanderbilt was preparing for a ball and received recommendations from Morten. “As to Champagne for the ball, I can strongly recommend Pierlot 1906. This is a good, sound vintage wine, price $32.50,” Morten wrote. “If you have the slightest hesitation, however, I can recommend Pol Roger 1906, price $36.”

The $36 price for a case of Pol Roger would be the equivalent of hundreds of dollars today. Morten added, “We also have Krug, Clicquot and Pommery of 1906 and 1904 but these are more expensive.”

Though Vanderbilt spared no expense in the construction of Biltmore, the cellar that housed his wine is something of an oddity. To reach it, you take a back flight of stairs to the subbasement and then pass through a space that once housed the workings of the refrigeration system. From there you dodge back and forth through a series of short passages, ducking under pipes and electrical conduits. And then, “voila, at the end of a rather dark passageway, you come upon a grated iron door,” said Leslie Klingner, who serves as the Biltmore Estate’s curator of interpretation.

Behind that door is the wine cellar, a small space situated near cold-water pipes. Those pipes, it was thought, would keep the temperature low, though correspondence between Vanderbilt and his wine merchants suggests it did not turn out to be reliably cool.
“The wine cellar has changed very little since Vanderbilt’s time,” Klingner said, “only now it isn’t full of choice bottles.” 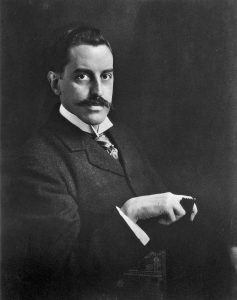 Beer From the Ground Up