Beer From The Ground Up

Western North Carolina has no shortage of craft brewers. But while the beer is made locally, most of the primary ingredients that go into it are shipped in from other states, or even other countries.

A few players in the industry are trying to change that by forging a link between local beer and local farms. “Brewing sprang from agriculture,” said Todd Boera, co-founder and brewer at Fonta Flora Brewery of Morganton. “My mission is to take it back to its agricultural roots and, in the process, create unique and distinct North Carolina and Appalachian styles of beer.”

The “farm-to-pint” movement has gained momentum over the past few years. More than 40 craft breweries call Western North Carolina home, and many of them use locally sourced ingredients in specialty and one-off brews. A few, including Fonta Flora and Burial Beer Company of Asheville, take this commitment a step further.

At Burial Beer, about half of the beers available at any given time contain herbs, flowers, vegetables, or other ingredients either sourced from local farms or grown in the garden behind the downtown brewery. The term “beer garden” takes on a new meaning when you’re admiring a rose bush while sipping a beer scented with its petals.

One primary beer ingredient—hops, the cone-shaped flowers of the hop plant— grow abundantly in other regions of the country, generally areas that are drier and further north. Some local growers, however, are growing varieties of hops that thrive at this latitude. Hops mature on the vine in the late summer and early fall, which allows brewers to produce small batches of “wet-hop” or “fresh-hop” beer if they can source enough fresh hops within a day’s drive of their brew house.

Echoview Farm in Weaverville pelletizes much of their crop—which involves drying the cones, grinding them up, and pressing them into pellets—making them more shelf-stable. This makes local hops available year-round, though in very limited quantities. (Most breweries use pelletized hops from other regions for the majority of their production.)

Riverbend Malt House takes local sourcing seriously by purchasing only barley, wheat, and rye that is grown within a 500-mile radius of Asheville. In the malting process, the grain is soaked, allowed to germinate, and then heated to stop the germination. Color in craft beer depends on the roast of the malt. A lightly roasted malt will produce a pale beer, while a deeper roast produces a darker beer.

From 2014 to 2015, Riverbend more than doubled production, producing 500,000 pounds of malted grains. Sixty percent of that was sold to Western North Carolina breweries, from tiny one-barrel brew houses to breweries with national distribution, while the rest is sold to breweries in neighboring states.

Operating this way is not necessarily the most economical route: Purchasing from small farms and malt houses costs more than buying in bulk, even when you factor in the cost of shipping hops and malts grown and processed in the Pacific Northwest or Canada, where the bulk of those ingredients are produced.

But Fonta Flora and Burial see local ingredients as a solid investment. Both breweries recently purchased additional property, with plans not only to brew more beer but also to grow more crops to use for brewing.

“We’re lucky to have a plethora of amazing local ingredients in this region that can be used in brewing,” Boera said.

Call it farm-to-pint, farm-to-tap, forage-to-pint, or garden-to-pint, this artisanal approach to beer takes drinking local back to its roots while reflecting the history, culture, and traditions of brewing. ◊◊ 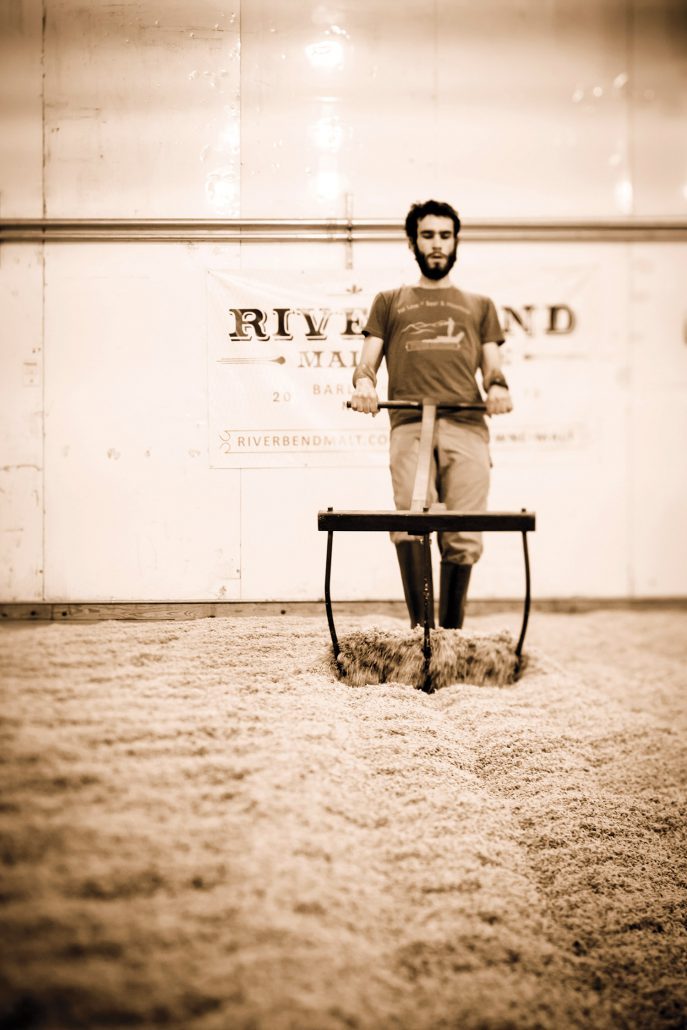 Process of floor malting. Soaked grains are allowed to germinate. 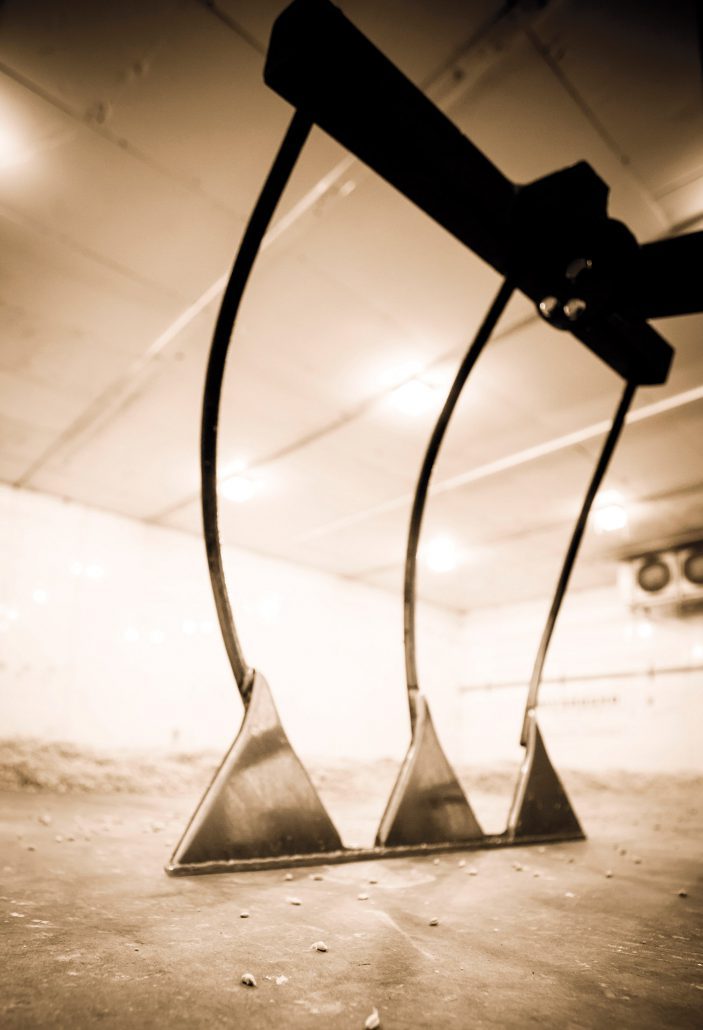 Riverbend follows a labor-intense malting process that has been used largely unchanged, for centuries. Brewers build recipes around artisanal malts, based on the roast, terroir, and flavor of the grain. 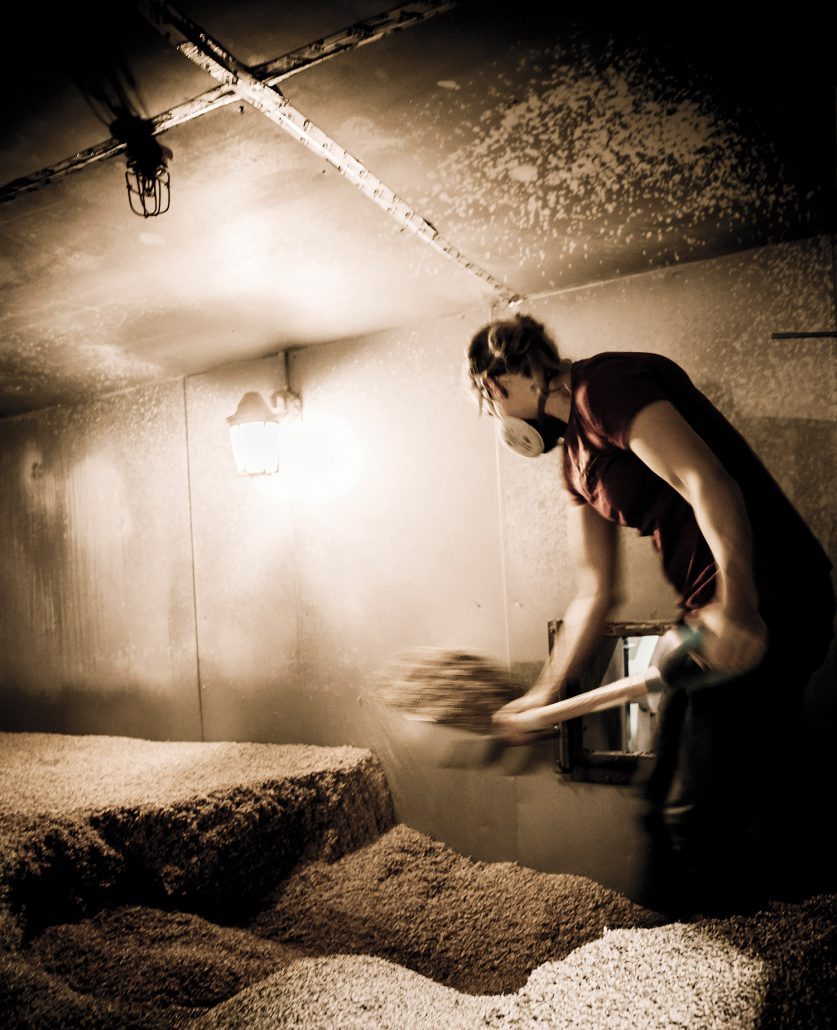 From Argentina to Asheville

Inside the Wine Cellar at Biltmore Estate
Scroll to top