An exercise in mindful eating

I have a blueberry on my plate, and I’ll have to think long and hard before I eat it. It’ll be three minutes before I pop it in my mouth, another 30 seconds before I send it down the hatch, and I’ll spend more time thinking about that blueberry than almost any five-course meal I’ve ever eaten.

What do I know about blueberries? How are they grown? Is the color blue or purple? Is it firm or squishy? Are blueberries in season? Where did it come from? When was the last time I ate a blueberry?

I put the fruit in my mouth and wait for flavor. I detect a shadow of blueberry taste, but it feels more like an inanimate object. Cool but not cold. Given its firmness, I anticipate a burst or mouth-pinching tartness, but it’s surprisingly sweet. The flesh, though, is mealy, and I can feel the difference in textures as the fruit separates from the skin.

This is what eating a blueberry is like when you’re practicing the art of mindfulness, setting aside mechanical motions and absorbing the experience with all senses on high alert.

“So what do you think?” asks Kendra Gaffney, founder of Nutritious Thoughts, an Asheville-based consulting company specializing in nutrition and eating disorders. Gaffney has invited me to join her in a mindful eating exercise and holds up her own blueberry to eye level.

The practice of mindful eating is a training exercise, aimed at building a connection between the mind and the body. The pace of eating is slowed, and the mind is focused. It probably goes without saying that the TV is turned off, the laptop is shut, and the phone is left on the charging dock.

Rooted in Buddhist teachings, the act of mindful eating has immediate rewards. We appreciate food in a new way, taking time to acknowledge the people who grew, harvested, and prepared it. We take note of flavors and smells, textures and temperatures. And by slowing down, we give our brain the 20-some-odd minutes it needs to register the feeling of fullness and reduce the odds of overeating.

But the broader aim is to train the mind to be aware of what the body is “saying,” to pick up on legitimate hunger cues and perhaps get a read on what it needs to stay healthy.

“There’s no right or wrong way to eat,” Gaffney says. “It’s about respecting your own inner wisdom.”

Gaffney and I are sitting at a square table in her Asheville office, working our way around a few morsels on a ceramic plate. We each have two mugs of tea. Large windows welcome a sunny afternoon, anda lavender-scented candle burns in the center of the table. After the fresh blueberry, we turn our attention to a dried blueberry, a dehydrated version of its juicy cousin.

At first, I didn’t know what it was. Too small for a prune, too big for a raisin. I pick it up and roll it around my fingers. It has peaks and valleys, ridges where the lack of moisture has shriveled the skin. I don’t particularly like dried fruit, and I doubt I’m going to like this.

Once I bite into it, it sends out a blanket of concentrated flavor. Not bad. When Gaffney conducts this exercise with bigger groups, there are at least one or two people who ask whether the dried blueberries have preservatives or added sugars, looking for details on how they’re prepared. This sounds reasonable, especially for health-conscious people in an information-driven world. Interestingly, Gaffney says she declines to answer, and not because she doesn’t know.

Too often people think of eating as a science, Gaffney says, and their ideas of health are determined by the latest research. She wants her clients to ditch the obsession with dos and don’ts, and tune in to what the body is saying. “I don’t want them to think about the rules,” she says.

As a former food policy reporter, I spent a long time tracking the latest findings on trans fats, sugar, salt, red meat, etc, and I’m a bit troubled by what Gaffney says. I ask her whether we should ignore the science on health. She shakes her head. Knowledge is important, but there’s a difference between being informed and being obsessed. The latter can do more harm than good.

As we move around the plate, we come to a chocolate cluster. It’s light brown and has lumps in it, and Gaffney starts the conversation by asking me what I think of its appearance. As the mother of a toddler who just recently moved out of diapers, I’m hesitant to reply. “Um, looks like chocolate,” I say for decorum. I think the deep analysis has led me down the wrong path on this one.

“I like to choose something like chocolate for a training exercise,” Gaffney says. “It’s something that can be a little scary for people. Some people hesitate to eat the chocolate—some say it triggers a binge—but I want them to know they have permission.”

While steadily gaining traction across the United States, the practice of mindful eating finds a particularly receptive crowd among folks struggling with weight loss and weight management. Chronic dieters often lose sight of what it means to be healthy, as opposed to thin, and failed diets can lead to feelings of despair.

Gaffney herself struggled with mixed messages about food. As a girl, she trained as a competitive gymnast, a sport known for fixating on body types and weight, and chased a number of food fads. By college, she was altogether confused about what qualified as healthy. A visit to the school’s dietician, who espoused a mindful approach, got her started on a career in nutrition. “It was liberating,” she says.

The practice of mindful eating aims to repair the relationship with food, stripping away feelings of fear and intimidation, but it also has the added benefit of helping cut calorie consumption through the fine-tuning of hunger cues and feelings of fullness.

In 2010, a group of researchers at the University of Bristol in the UK found that when people stared at a computer screen while eating lunch, playing a digital game of solitaire, they ate more food when offered a snack 30 minutes later than those who didn’t play a game. Anyone who’s scarfed down a meal at work knows that distracted eating can lead to a quick clearing of the plate. But the study suggests that mindful eating can also help in reining in the appetite throughout the day.

Experts offer tricks to slow down the eating process: use chopsticks, take smaller bites, chew longer, close your eyes, take a few breaths and pause. The key, Gaffney says, is to create habits that work for each individual.

The chocolate cluster held a crunch, but it was a bit rich and heavy. I find my palate struggling to bounce back. I go to take a sip of tea and instantly feel awakened by a crisp cloud of smells. It’s fresh, similar to peppermint, and zaps my nostrils alive. I feel an electric charge hit my brain. The tea itself is so much more mild, a lukewarm sip of pleasant herbal mixes, and I reflect on the fact that I’ve never experienced a sip of tea like that.

The last item on the plate is a chocolate square, wrapped in blue aluminum. I peel off the aluminum and pierce halfway into the chocolate, reaching a gooey pool of salty caramel. I’m an admitted chocolate snob and get overwhelmed with the blast of refined sugar in mass-produced chocolate. But this has a nice flavor, a wonderful way to end the exercise. I chat with Gaffney for a few more minutes and head out just as a group of clients enters the room for a scheduled class.

When I return home, I dig up my copy of Savor: Mindful Eating, Mindful Life by the Buddhist monk Thich Nhat Hanh and Harvard professor Dr. Lilian Cheung. I flip to the chapter on apples, where the authors devote more than 1,000 words on apples and demonstrate what it can mean to eat mindfully.

Like much in life, the concept of mindful eating can be easy to grasp and hard to implement. Think of how often we eat because we’re stressed, bored, or distracted, or just because it’s our lunch hour. For some of us, we’re prompted to eat by guilt, shame, or trauma.

Mindful eating is like training your body to tune out all of the voices that scream at you to eat—and, of course, have an opinion about what to eat—and to listen instead to the one voice that counts.

“The most challenging part is changing the behavior,” Gaffney says. “But the good thing is, you can start at any point.” ◊◊ 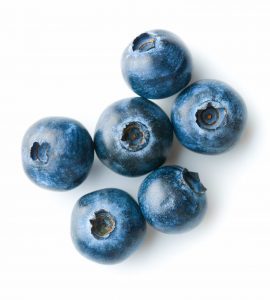 The practice of mindful eating is a training exercise, aimed at building a connection between the mind and the body. The pace of eating is slowed, and the mind is focused.

Mightier Than The Sword

Chickens In The City
Scroll to top