Alan Ward operates with one foot planted squarely in tradition and the other pointed toward innovation. Ask him about Henderson County, the region of Western North Carolina where he was born, raised, and now operates two businesses—Saint Paul Mountain Vineyards and Appalachian Ridge Artisan Cider—and the 10th generation farmer will tell you that the only way to ensure a successful future is to honor the past.

“To have tradition, you’ve got to have innovation,” says Ward. “I hold a lot of respect for those who came before us.”

Henderson County is the seventh largest apple-producing county in the United States and the largest apple-producing region in the Southeast. The county contributes 65 percent of North Carolina’s apples, accounting for $30 million in economic revenue. Every year, Henderson County celebrates its premier crop in downtown Hendersonville with the North Carolina Apple Festival, a four-day event founded in 1947 as a way to promote the county’s beloved tree fruit.

Apple growing in the region dates back to the 1700s, with the arrival of the first white settlers in the county. Members of the Cherokee tribe also maintained large apple orchards, grown from European seed, before being forcibly removed from the region in the 19th century.

After nine generations of farming in Henderson County, Ward would like to usher his operations into a new chapter. He wants to produce high-quality apple beverages, similar to what apple farmers in Europe are doing. Though Ward has been producing wine and cider in his respective businesses since 2012, his long-term goal is to grow French cider apples on the rolling hillsides of his Hendersonville property.

Last winter, he planted 3,000 apple trees brought in from the Normandy region of France, known widely for its apple-growing terroir, and thus its exquisite cider. In the coming years, he wants to produce cider, a brandy similar to Calvados, and Pommeau (a French beverage made by mixing apple juice with apple brandy). He expects his first planting to produce fruit in the next two to three years, and he plans to add 5,000 more trees this winter.

“I feel this region could be known as the ‘Normandy of North America,’” says Ward. 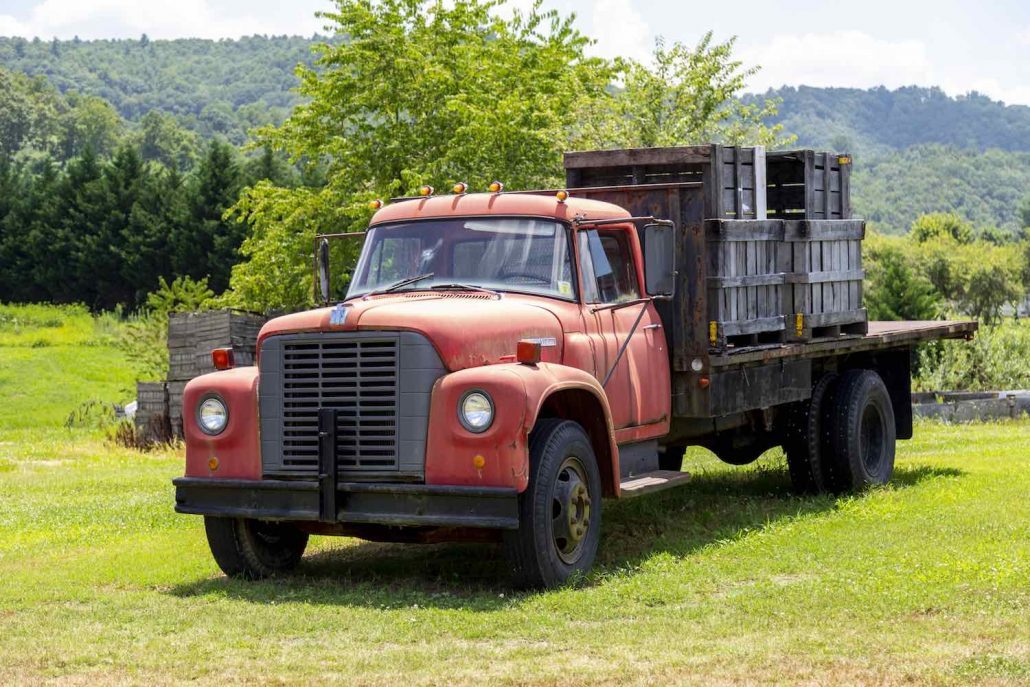 The pressing of Ward’s cider relies on the generational wisdom of his neighbor Wayne Barnwell, owner of O.C. Barnwell & Sons, a 300-acre operation that sells apples commercially and direct-to-consumer, most notably at a roadside stand off Highway 64.

Ward and Barnwell grew up neighbors, and Wayne’s father, Odell, was an innovator of his time. During the Depression era, the time when apple production began to tick up in Henderson County, he was one of the first to grow Gala apples in the region. Other apple-growing families, like the late Walter and Ida Freeman (Odell Barnwell’s sister), garner equal reverence from Ward. They helped establish some of the first packinghouses in the region. The Freemans’ roadside stand also sits on Highway 64, and it is run today by Walter and Ida’s daughter, Patricia, and her husband, Chip Webster.

Wayne Barnwell proudly calls himself old-school, pressing apples in small batches with a rack and cloth machine, his sparkling blue eyes and sun-mottled hands so content to do this work that he’s never done anything else. This intersection, where old school meets new, is how Wayne Barnwell follows the footsteps of his father, pushing innovation with his willingness to explore new projects. “We know progress is coming,” says Barnwell. “If we don’t carry [traditions] on, we’ve lost a lot.”

The center of early apple growing in Henderson County lies between the adjacent towns of Fruitland and Edneyville. Starting around the mid-1700s, a swath of land that stretches from Fruitland to the county seat of Hendersonville and east to Dana became the cradle of the county’s earliest apple families. Many of those families still operate the region’s most successful orchards, with surnames like Edney, Freeman, Henderson, Justus, Lyda, Staton, and Stepp. Most of these families have weathered decades of change, adapting their models to carry on legacies started by their grandparents, greatgrandparents, and generations beyond.

Henderson County Extension Director Dr. Terry Kelley says the development of the apple industry was slow going in the early days because of the challenges of transporting the fruit to consumers in other parts of North Carolina and the broader Southeast.

“It took a long time to connect the Piedmont to the mountains,” says Kelley. “But eventually, they built the Saluda grade, which revolutionized transportation.”

Before then, developments like the Henderson County Curb Market, established in 1924 by a small group of enterprising farmers, connected goods to the townspeople of Hendersonville. It was also common to drive apples to Greenville-Spartanburg markets or sell to truckers directly from the orchard for larger bulk sales.

Don Justus recalls trips to the Greenville market with his “Papaw” Pete Justus. It was a privilege, he says, to ride in the passenger seat of his grandfather’s truck. “We would alternate each Saturday between myself, my brother, and my first cousin,” says Justus, who admired his softspoken grandfather a great deal. “If he had to set out on market all day long, “ says Justus, “he’d never cut his price.”

In 1958, a pivotal shift occurred when the baby food company Gerber Products moved to Skyland in nearby Buncombe County. Local farms turned to large-scale production to produce for what would become their key economic source. When Don’s father, Ken, took over for his father, Pete Justus, in the 1960s, he grew the business to near 500 acres and supplied companies like Gerber, Mott’s, and Whitehouse with apples for applesauce and other food grade products. During that time, large canneries revolutionized the way apples were harvested and packed.

After Gerber’s departure from the area in 1998, farms shuttered, unable to endure fluctuating market prices, and bowed under the financial pressure of shipping over long distances. But not all was lost. Henderson County families adapted to the changing conditions and demonstrated the resourcefulness that has become a hallmark of the Southern Appalachian heritage.

Justus Orchards in Hendersonville underwent one such pivot. After watching the farm decline for a number of years, along with the health of his parents, Don Justus took overthe family farm in 2010 with the help of his wife, Margo. He reduced the farm’s size to 50 acres and seized the opportunity to fill a void in the region for agritourism. He built a bakery selling cider doughnuts and fried apple pies, and he began inviting folks to his wellmanicured orchards to pick their own apples during season, and berries during the summer months. He transformed his growing methods, opting for tighter spacing between trees, and chose smaller rootstocks that produced more fruit on less land in less time.

Today, large groups follow the yellow signs pointing to Justus Farms to revel in the season and reconnect with the agricultural heritage of the county. As Justus approaches retirement and manages his own health issues, he looks to his sons in hopes they will continue the legacy built generations ago by his great-great-grandfather, Isaac Justus.

Marvin Owings, former Henderson County Extension director, says that aside from the challenges of finding enough workers to harvest the fruit, the steady aging-out of the farmer population poses the biggest threat to the industry today. “There are less than ten growers in the county that are under 30,” says Owings. Now a partner in Appalachian Ridge Artisan Cider with Alan Ward, Owings aims to create a legacy for his own family while preserving one of his first true loves: tree fruit.

At Creasman Farms, third-generation owners Bobby and Dawn Creasman are slowly preparing to hand things off to the next generation after Colby Creasman-Buchanan, their 26-year-old daughter, returned home after being away for three years while she pursued a full-time career in accounting.“When I was gone, I always had a void,” says Creasman-Buchanan, who manages much of the on-farm duties. “I had to step away to find the bigger place [the farm] held in my heart.”

Colby’s parents took over Creasman Farms in the mid-to-late ’80s and shifted, like many orchards did, to a wholesale model in partnership with behemoths Gerber and Seneca. Early in Colby’s life, her parents moved the farm from its original homestead in Dana to Hendersonville. They replanted the orchards and began growing a multitude of eating and heirloom varieties along with other produce. 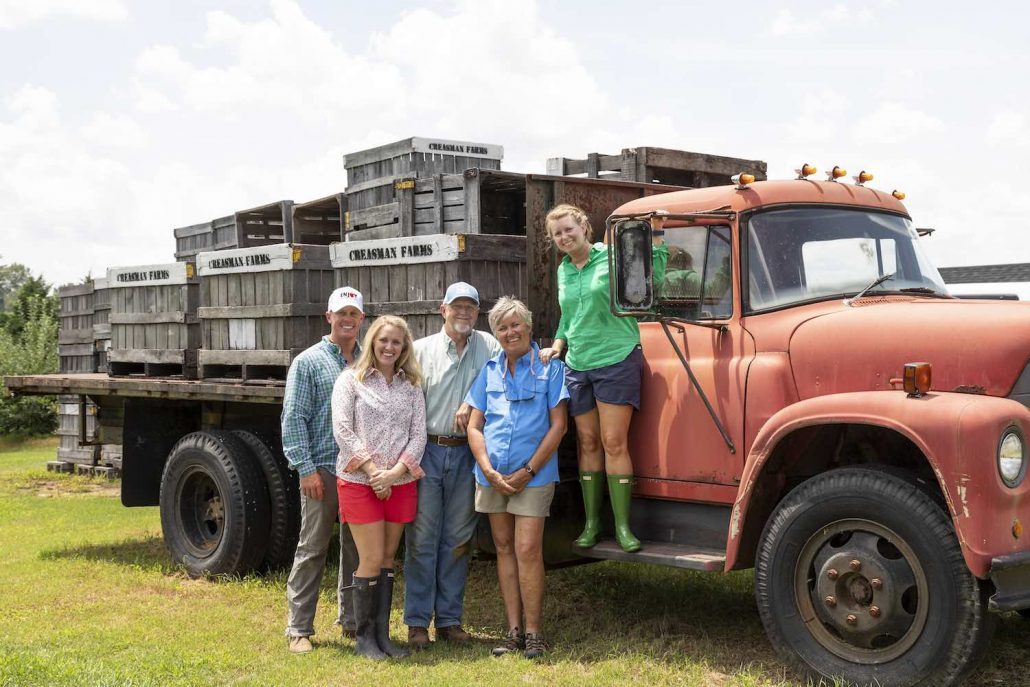 By the early-to-mid ’90s, the Creasmans shifted their business toward a more retail-focused model which has allowed them to thrive. Where they grew just four varieties, they now grow 40. Today, the family works seven different farmers markets and sells to local restaurants and bakeries. In a way, they have come full circle, selling apples person-to-person again, like Colby’s grandfather, Clarence Creasman, did decades ago.

As urbanization puts a new pressure on the region, and more housing developments occupy space that was once good farmland, people like Alan Ward look to the future to preserve agriculture in favor of urban sprawl. Meanwhile, the generations of families that put Henderson County on the map as the “Apple Capital of North Carolina” push forward––adapting, innovating, carrying tradition, and breathing new life into their agricultural legacies. ◊◊ 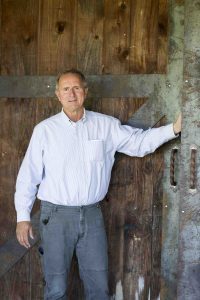