A short history of holiday brews

Beers made specifically to celebrate the winter holidays and New Year have a long history. Before hops became a primary ingredient in beer, spices and herbs were added to provide bittering and flavor, and sometimes to aid in preservation. These spiced ciders and beers became an important part of ancient winter solstice festivals.

Today’s holiday craft beers are descendants of winter beers made in Scandinavia and elsewhere in Northern Europe to celebrate the pagan holiday known in English as Yule. When King Haakon I of Norway combined Yule and Christmas to promote Christianity in that country in the mid 900s AD, he wisely decreed, according to one history, that during the holiday “everyone was to have ale.”

When European settlers arrived in America, they brought their winter ale recipes with them. Colonists from England, Belgium, and Scandinavia often brewed beers early in the fall and let them mature for a few months. They would add spices to these strong or “old” ales to increase their shelf life and to make them more warming to the belly. Many colonists drank “jingle” or “lambswool,” an ale that was heated, blended with sugar, nutmeg, ginger, and apples, and then served warm. (That may be why some modern winter beers, though served cold, are referred to as “winter warmers.”)

Today, the style guide of the Beer Judge Certification Program—a training program for tasters—describes a “winter seasonal” as “a stronger, darker, spiced beer that often has a rich body and warming finish.” A winter beer might contain “any combination of aromatics that suggest the holiday season,” the guide says, noting that many “are reminiscent of Christmas cookies, gingerbread, English-type Christmas pudding, evergreen trees, or mulling spices.”

The most iconic American holiday beer, Christmas Ale from Anchor Brewing of San Francisco, has been in continuous production since 1975. Sometimes called “Our Special Ale,” it appeared in the early years of the craft beer renaissance and is credited with reviving interest in holiday beers.

Asheville Brewing Company, Asheville’s third-oldest craft brewery, brews a winter seasonal called Ninjabread Man Porter (5.6% ABV), now in its third year of production. The brewers start with brown porter and add a syrup that includes fresh vanilla beans, toasted cinnamon sticks, raisins, molasses and caramelized ginger. The syrup is stirred constantly as it is boiled down for at least a couple of hours.

“We thought it’d be fun to brew a holiday-spiced ale, but when we first released the Ninjabread Man, we had no idea how popular it would be,” says Pete Langheinrich, Asheville Brewing’s head brewer. “It tastes like a liquid gingerbread cookie, and complements holiday meals—whether you’re eating turkey or tofu.”

Seasonal beers can be fun to cook with as well. Asheville Brewing develops recipes that include the winter beer, such as Ninjabread cookies and beer-glazed ham.

Asheville’s most anticipated holiday brew comes from Highland Brewing, Asheville’s oldest brewery. When it first brewed the beer in 1996, Highland called it Holiday Ale, then changed the name to Winter Ale, before finally settling on Cold Mountain Winter Ale (5.9% ABV). Its current moniker pays homage to the local mountain and the Charles Frazier novel of the same name.

Highland changes its spice mix each year and keeps the recipe a secret. The full staff of the brewery gathers on a weekend morning every fall to taste potential spice and fruit ingredients and to provide feedback to the brew team.

“It’s kind of mysterious,” says Molly McQuillan, Highland’s marketing coordinator, and the mystery is part of the fun. “I really like hearing what flavors beer drinkers pick up each year. I think people sometimes get more out of the beer by trying to identify the spices themselves.”

Anne Fitten Glenn, author of Asheville Beer: An Intoxicating Guide to Mountain Brewing, has been writing about craft beer for more than 10 years (and drinking it for much longer). She also works as a consultant to breweries, and her primary local client is Asheville Brewing Company. She is a member of Edible Asheville’s board of advisors. 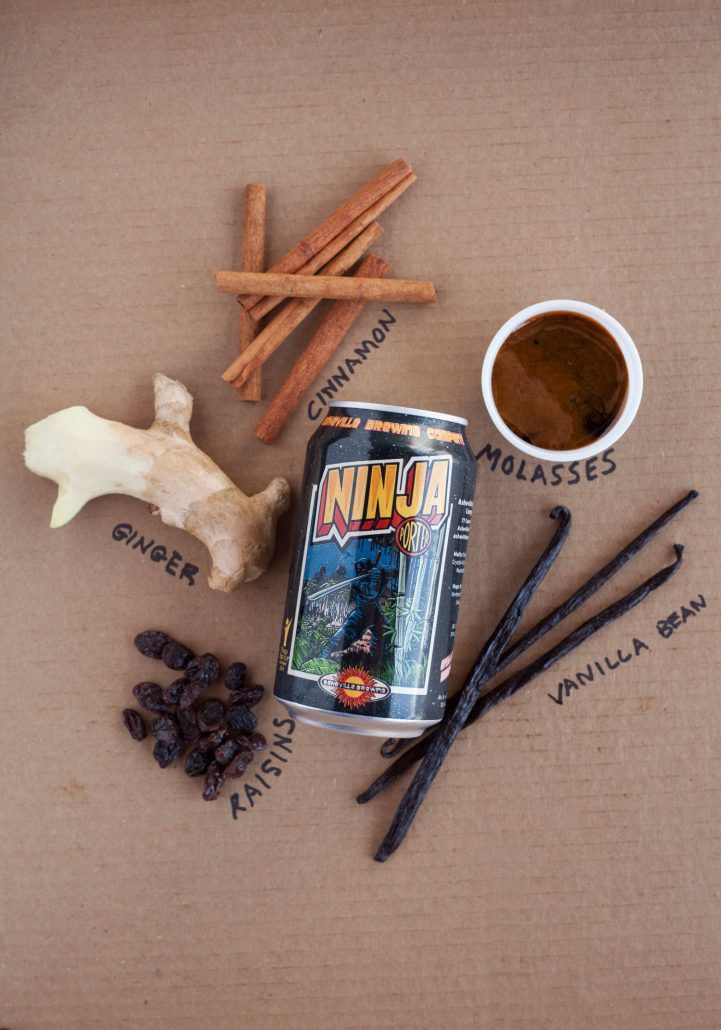 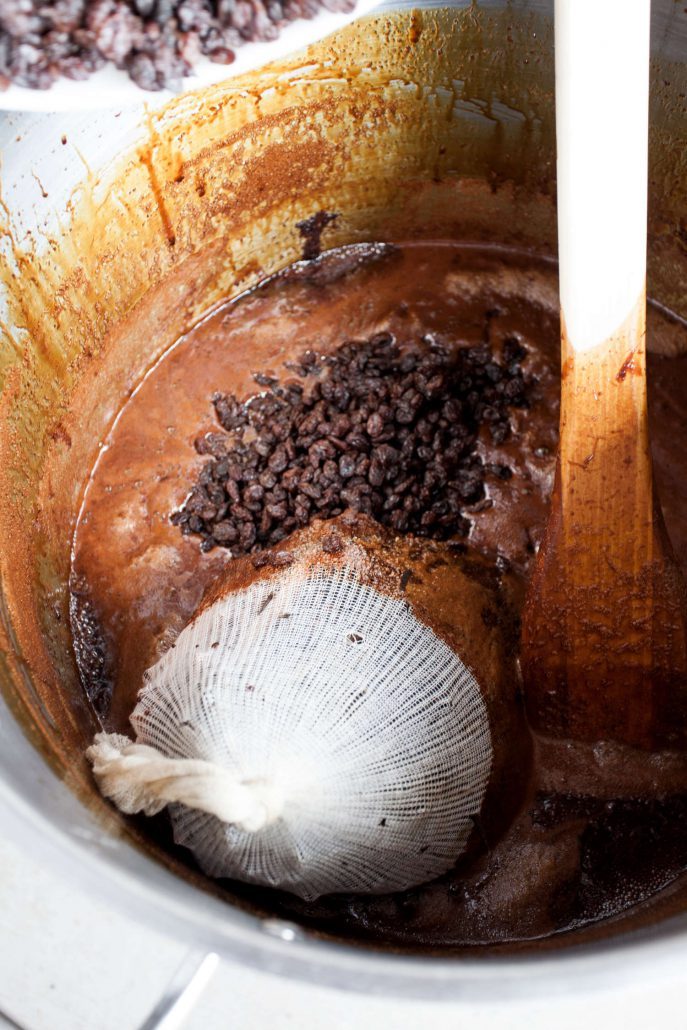 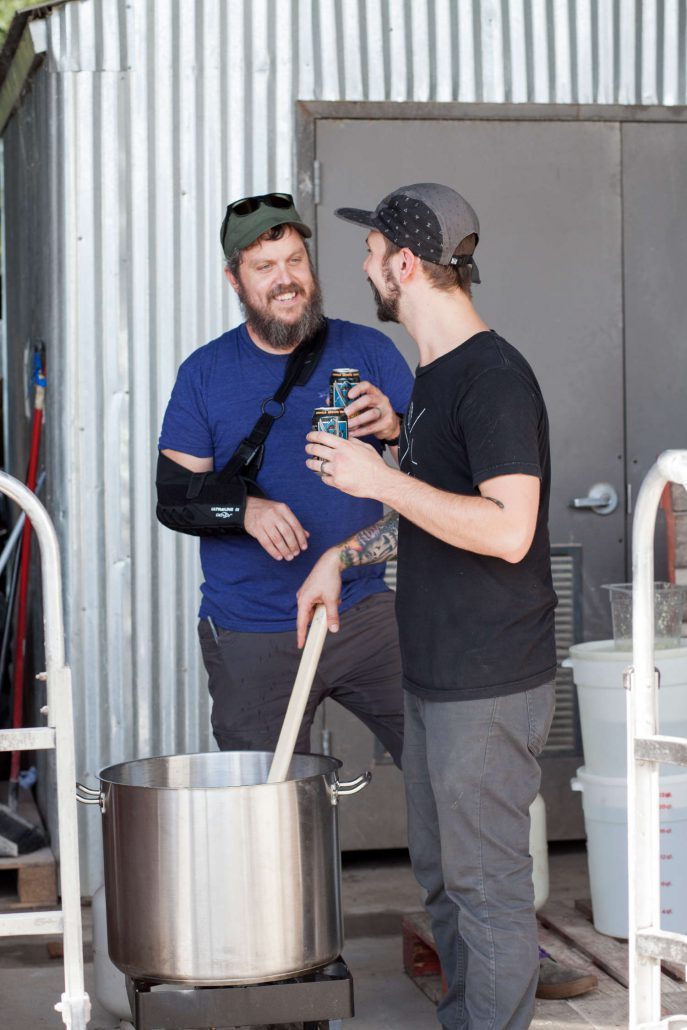 The Gospel of Grain