Making the bounty of a summer garden last through winter usually involves Mason jars and a water bath. In Appalachia, however, preserving food has often meant not just canning but also drying—and this is especially true of beans.

One of the more unusual methods involves drying string beans in the pod to create leather britches, also known as shuck or shucky beans. The dried beans may look as shriveled as an old shoe, but once cooked with water and a little pork, their flavor is astonishing. A couple of locals share memories of leather britches and techniques for drying.

Minnie Powell , a Mitchell County native who now works as a paralegal in Burnsville, grew up eating leather britches made by her grandmother, Minnie Yelton, who died in 1990.

“Mammaw had twelve children, and I was the only grandchild named after her, so I’ve always been fascinated by everything she did. She died when she was 85, and she raised her last big garden when she was in her early eighties. She grew all kinds of varieties of beans, but for drying she used a bean called pink tips. The pod would be a creamy color—they were a wax bean—and the ends would turn pink when they were ripe.

After she picked them, she would break the tip off each end, and take the strings off. Then she would take a large sewing needle with a big eye, and a strong thread—I can remember the big spool—and she would take it through the center of each bean pod. She would push each bean down until it was close but not touching the next bean, because they dried better if they weren’t touching. Each string was maybe two or three feet long, just where she could hold either end with her arms outstretched—and she was only five feet tall, so her arm span was not that long.

She had nails driven into the wall behind her wood stove, and she would hang the strings from the nails. When they were dry enough—I think it took a few weeks—she would slide the beans off the string into a brown paper bag. They shriveled up and turned brown, and they looked like cured leather.

She also canned, but drying meant you didn’t have to use as many jars—jars were pretty pricey. And canned green beans are totally different. It’s not like you’re eating green beans when you’re eating leather britches. She would take them out of the bag and put them in a pot with water and salt and a piece of pork called middlin’ (my grandpa raised the hogs and cured the meat). And she would cook them a long time, for hours. You know how if you overcook green beans they get mushy? Leather britches would get soft, but they were still chewy. It makes me hungry just thinking about them!” 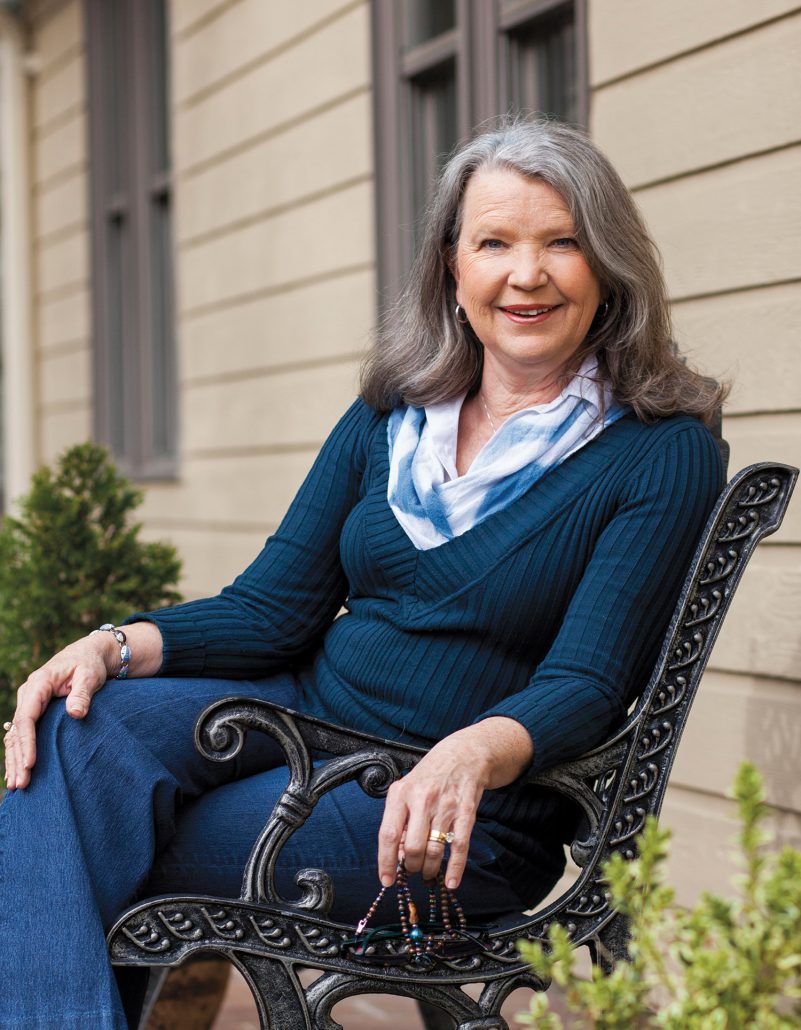 Minnie Powell, above, grew up in Mitchell County stringing leather britches with her grandmother, Minnie Yelton.

“When we first opened, I was trying to figure out how to use the smoke as much as possible. I’d heard about leather britches and how they would hang them above wood stoves to preserve them for the winter. It took hours for them to string all these up, but that’s just something I had the late night guys do while they were sitting here shoveling coals.

You can use all kinds of beans, but I really like the fatter, wide beans. We usually let them dry for about two weeks above the smokers. It’s almost like an art installation because people are always like, ‘What are those?’

When we pull the hogs, we save all the hog bones and make this smoky pork stock. We cook the dried beans in that and some of our vinegar BBQ sauce, so it’s ultra-umami. It takes a couple hours, but for us that’s not very long. They’re called leather britches for a reason—they’re a little leathery, and they have a little pull to them. Some people don’t like it, but I love the way it smells—smoky and musty, and that flavor comes through when they’re cooked.” 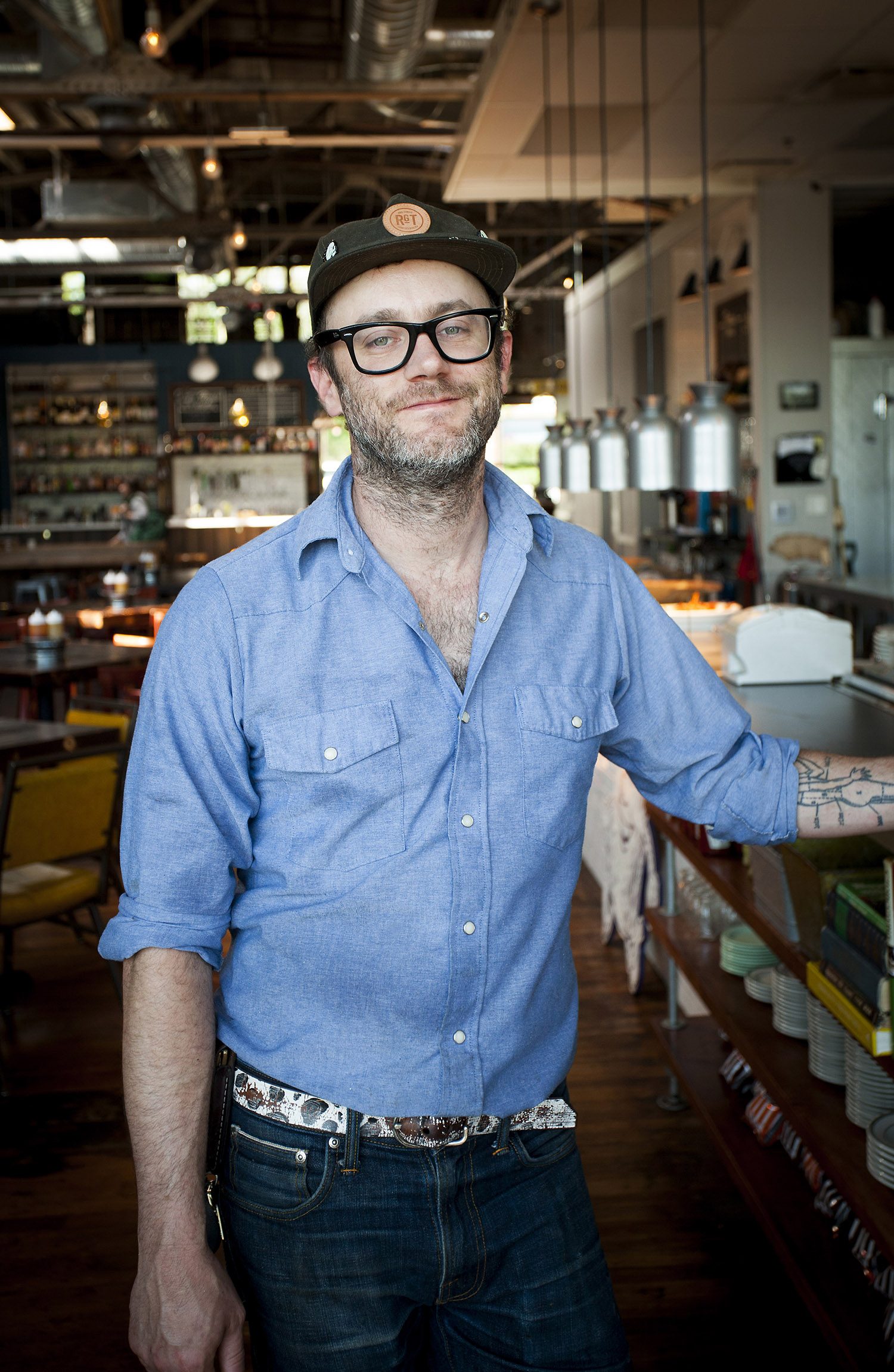 Elliott Moss, above, dries leather britches at Buxton Hall Barbecue but serves them only at special events.

A Q&A with Rhubarb Chef John Fleer
Scroll to top