For millennia, spices have connected the farflung places of the world: the black pepper that somehow made its way from South Asia to Egypt for the mummification of pharaohs, the cinnamon that came from Bangladesh to delight the ancient Romans.

Today, we recognize many of the world’s cuisines through distinctive spices that evoke histories of conquest and trade. And spices are now connecting Appalachia with food cultures around the world. Three chefs who bring fresh flavors to Asheville share some of their favorite spices, and the stories, both personal and global, behind them.

“When I’m stressed, I sniff a little Lebanese seven-spice blend, and I get such a lovely, warm, cozy feeling. It’s comfort spice for me. It smells like home,” says Suzy Phillips, who is constantly on the go as the owner of a food truck, a restaurant on Patton Avenue, and a catering business that all go by the name Gypsy Queen Cuisine.

But the complex spice mix also brings back complex memories of the years that Phillips and her family spent in her native Lebanon during that country’s fifteen-year civil war.

“My mother cooked for us in shelters, where we were hiding from bombs. Food kept us occupied in our minds, and it was a celebration of life,” she says.

When Phillips was fifteen, her family left the country and made their way to the United States. She eventually started work in the restaurant industry as a server, but she was soon dreaming of ways that she could use food to change American perceptions of the Middle East.

“I wanted to show our hospitality, our culture, our traditions,” says Phillips. The menus that she offers through her businesses range across the region, with ventures into North Africa and the Mediterranean, but Lebanese cuisine is at the heart of Gypsy Queen. And seven-spice blend is at the heart of that country’s cooking.

Phillips points out that the ancient Phoenicians, whom many modern Lebanese identify as their ancestors, were among the first spice traders, and centuries of conquest and contact, from the Romans to the Turks to the French, have brought new flavors into the ubiquitous seven-spice blend.

“It’s our salt and pepper in the kitchen,” Phillips says. “We use it in just about everything, and it tastes a little different in every application.” It tastes different in every home, too, as each family makes their own blend, and it’s not necessarily just seven spices. Phillips admits to using cumin, coriander, cinnamon, allspice, black pepper, white pepper, and “some other things” in hers, but, she laughs, “I won’t go into my measuring.”

The result is a redolent mix that shows up in many Gypsy Queen offerings, especially those featuring lamb, like kibbeh and kafta. It also flavors Phillips’ stuffed vegetables in tomato sauce and other vegetarian-friendly dishes.

“It’s such a nice sweet spice, beautiful at the holidays with turkey, too,” says Phillips, who offers seven-spice blend for sale at her West Asheville restaurant, along with other ingredients essential for Middle Eastern cooking.

She hopes that customers will experiment with the flavors of the region in their own homes. “America now is nothing like America when I first moved here,” she says. “People’s palates have changed tremendously, and food can bring us together.” 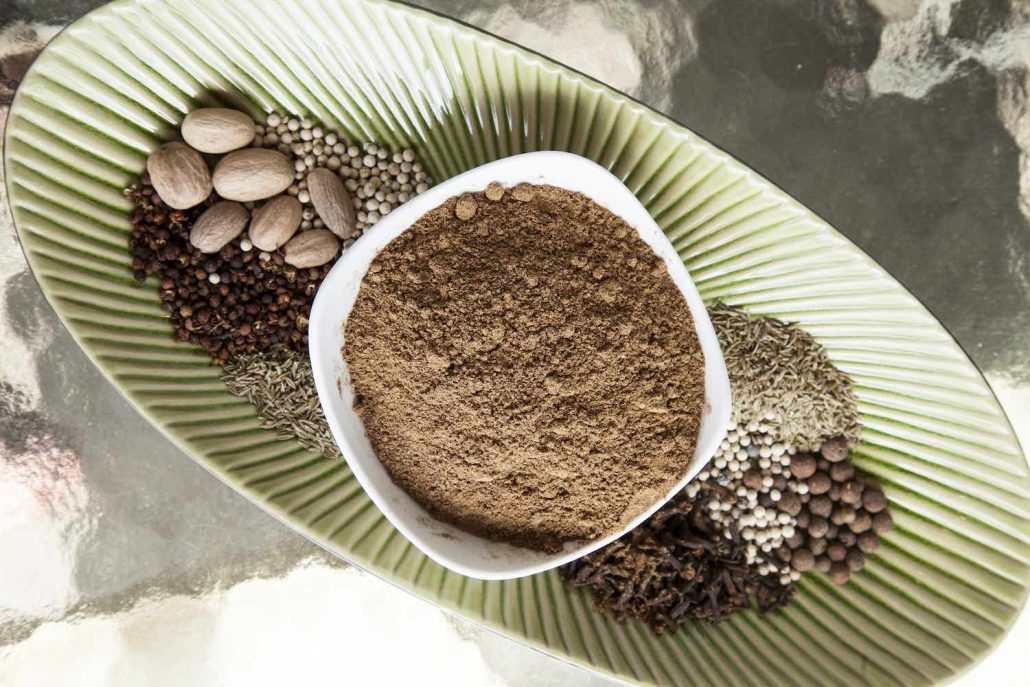 It will be years until the little spindles grow into spiky bushes that could yield just a fraction of the peppercorns O’Cain goes through in a week at both the Charlotte Street restaurant and his new location, Gan Shan West, on Haywood Road. But they’re a symbol of another seed that his family planted: O’Cain’s love for Szechuan cuisine.

“Forty years ago, my uncle gave us Mrs. Chiang’s Szechwan Cookbook, one of the first broadly circulated Szechuan cookbooks in the American market,” says O’Cain, who uses the latter spelling on his menu (“Sichuan” is another rendering).

Although he grew up in North Asheville, just down the road from the site of his flagship restaurant, “Chinese food became our celebration food, our comfort food.”

When O’Cain left his first career in teaching and publishing to become a chef in 2010, he pushed hard and moved fast so he could open Gan Shan Station, which brings together the pantry of Asia and the produce of North Carolina in a style that he prefers not to call “fusion.”

“All cooking is fusion, to a certain extent, if you’re using what’s local and available, and channeling that into dishes that reflect different taste memories,” says O’Cain.

And nothing may be more evocative of Szechuan food than the “peppercorn,” which is actually a member of the citrus family. It’s essential to the balance of má là—a word that combines the characters for “numbing” and “hot”—that defines the cuisine of the southwestern Chinese province. Là is the word for the chiles Portuguese traders brought to the region in the 16th century, and má is the tongue-tickling sensation of the Szechuan peppercorn, which O’Cain likens to “eating a nine-volt battery.”

“Your mouth goes numb, your lips are tingling,” he says. “There’s nothing in the world that tastes like this.”

As an introduction, O’Cain suggests an appetizer that marries the spice with juicy, cold chunks of cucumber. “It’s so refreshing—it’s like you have the remedy along with the disease, if you’re nervous about spice.” The next step might be his salt and pepper tofu, which he transforms from the Chinese restaurant standard by smoking the tofu and dusting it with Szechuan pepper as well as the traditional black. You’ll also find a hint of má in other dishes on his menu that travel beyond the borders of China, like a Taiwanese beef noodle soup.

O’Cain finds that a little Szechuan pepper can lift and lighten a dish—a technique that even home cooks can try.“Start small,” he advises. “One or two peppercorns ground over a dish for four people is plenty. It will add another dimension. There’s nothing more exotic we use in the restaurant than Szechuan peppercorns.”

Meherwan Irani keeps a photo on his phone of his mother’s handwritten recipe for garam masala, a spice mix that varies across India. During his childhood in the western state of Maharashtra, Irani’s family would buy the whole spices that went into their version of the classic blend, one that reflected his mother’s history in the Himalayan region as well as his father’s Parsi heritage. Then they would roast and grind the spices at home.

“The air would be thick with the aroma of coriander and cumin,” recalls Irani. “In India, we think of spices as produce, ingredients to be valued and used fresh.”

When Irani, a former auto industry executive and real estate developer, opened the first Chai Pani restaurant in downtown Asheville in 2009, his mother came here to help him work through the spices in his highly personal take on the street food of the country, one that’s earned him two James Beard nominations.

“When I taste the caraway seeds in our kale pakora batter, I think of her,” says Irani.

Over the years, though, he’s evolved his own approach, trying to “lighten and brighten” many dishes. For example, that kale pakora served at both the Asheville and the Decatur, Georgia, location that Irani opened in 2013, also uses a mix called chaat masala that brings the floral acidity of dried green mango powder to the earthy snack.

This autumn, Irani began sharing his knowledge of spices with other restaurants through Spicewalla, a partnership with wholesale distributor Southern Foods. “It’s not just about cinnamon in baking anymore,” he says. “More and more chefs are interested in working with a broader range of spices, and they want more variety and better quality. I’m hoping that we can not just supply spices to kitchens across the region, but also start a conversation about what spices are, how to use them, how to treat them.”

Irani hopes that these conversations will include home cooks as well. “In most kitchens, you have a little spice rack on the wall, you’ve got your twenty spices, and maybe you use three of them,” says Irani. He’s hoping to expand home pantries with a range of alternatives, including six custom Chai Pani spice blends.

In the meantime, he suggests experimenting with something that may already be in that spice rack: fennel seeds. “They’re used a lot in the food of the Chettinad region in India, especially in desserts, but I like to try them in other ways,” says Irani.

At home, he toasts and grinds fennel seeds with fresh rosemary from his garden, chili flakes, and black pepper to create a dry rub for steaks and chops. At the restaurants, he adds ground fennel to a chickpea-flour batter for fried eggplant. The echo of liquorice is both familiar and surprising.

“I would love for everybody to play with spices,” Irani says. “Don’t be afraid. Smell cumin or ginger, and your mind will tell you what to do with it.” ◊◊

C.A. Carlson uses Aleppo pepper on darn near everything she cooks in her West Asheville home. She is also the copy editor of this magazine. 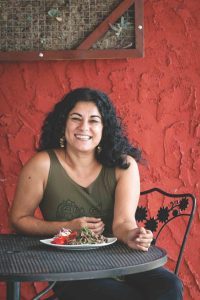 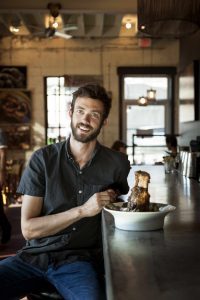 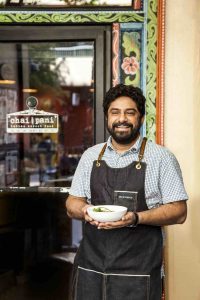 Bringing Spice To The Mountains
Scroll to top