You bump your knee, and it swells up, hot and painful. A nasty cold turns your throat raw and red. These are common examples of acute inflammation—unpleasant to experience, but also a normal and beneficial protective response from the body’s immune system to injury or infection.

But chronic inflammation is what happens when environmental or lifestyle factors such as stress, toxins, allergens, and diet cause the helpful acute variety to overstay its welcome for months or years like an unwanted houseguest. And all too often, chronic inflammation results in serious illnesses like diabetes, cancer, cardiovascular and respiratory disorders, stroke, and arthritis. In 2014, close to 60% of Americans had at least one chronic health condition, the Rand Corporation reports. And according to the National Center for Biotechnology Information, chronic inflammatory diseases cause more than 50% of all deaths.

“Chronic inflammation is like the body’s warning light,” says Asheville nutrition consultant Katherine Wilson. “The body is essentially sending inflammatory cells to heal. When you cut yourself, for example, the body releases cells, and they go to the point where the healing needs to occur—that’s a quick response that’s over in a couple of days or weeks. With chronic inflammation, the immune system is constantly releasing inflammatory cells, and that can cause damage over time to blood vessels, tissues, and cells.”

Several elements can contribute to chronic inflammation, including poor sleep habits, lack of exercise, and too much stress. But diet is a key factor, says Wilson, and sugar can be a particularly insidious culprit.

“In the standard American processed-food diet, sugar is in everything,” she points out. “So often people will say, ‘I don’t eat cookies or doughnuts or whatever.’ But do you buy peanut butter or tomato soup, sauces, salad dressings? Eating things like that throughout the day, the sugar can add up.”

And it’s not just the refined white sugar and high-fructose corn syrup found in junk food and desserts that cause issues. Even natural treats that help satisfy the sweet tooth—such as fruit juices, honey, and maple syrup—can be problematic, says dietitian and nutritionist Lauren Furgiuele of Planting Roots Nutrition in Asheville. “Whether it’s natural or has been processed in a lab, our body reads it as sugar,” she explains.

Sugars can cause inflammation because they increase the amount of blood sugar being pumped through the body to be converted by the cells into energy. “Think of it like a straw,” says Furgiuele. “If you’re drinking water, it moves freely through the straw and is easy to drink. But drinking a really thick milkshake through a straw [is like having too much sugar in your system]. It’s hard for it to get through, because there’s so much in there, and the pressure that’s created can cause damage to your arteries over time.”

While fruit juice can cause a harmful spike in blood sugar, both Furgiuele and Wilson note that whole fruit is an optimal choice for a sweet snack. “That gives you fiber, plus all the nutrients, and can slow down the release of sugar in the bloodstream,” Wilson says. Furgiuele recommends sticking to about two servings of whole fruit per day.

Also on the naughty list of inflammatory foods are artificial trans fats (found in margarine and products containing partially hydrogenated oils), refined vegetable oils high in omega-6 fatty acids, refined carbohydrates (white bread, white rice, etc.), and processed meats. But other foods, such as dairy, can also cause inflammation depending on the individual eating them. “In and of itself, dairy is not inflammatory, but a lot of people are reactive to it,” says Furgiuele. “Any food that your body reacts to is going to be inflammatory, whether that’s dairy or gluten or something else.”

Both Furgiuele and Wilson point out that alcohol in excess can also be inflammatory. Some studies show that when people consume alcohol, levels of the inflammatory marker C-reactive protein rise correspondingly in the bloodstream. “I think it’s a tricky argument,” says Wilson. “There are some antioxidant properties in red wine that can help alleviate inflammation, but overall, I think eliminating it is a good choice.” 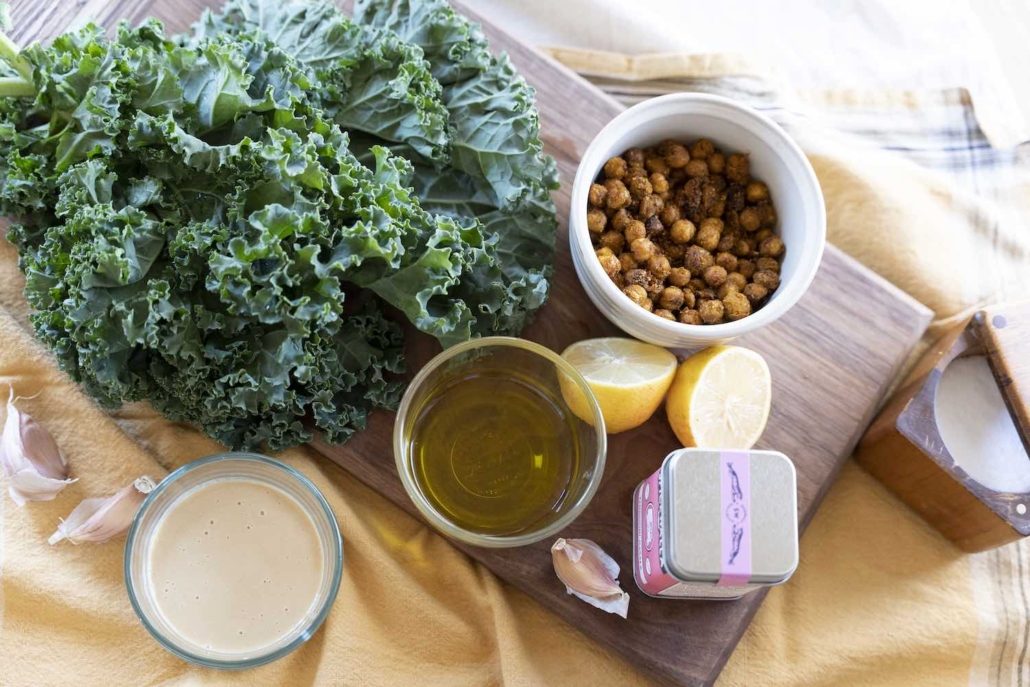 As disappointing as it is to learn that so many fun things like sugar and alcohol—even our old friend fruit juice—are inflammatory bad guys, the good news is that there are plenty of yummy foods that act as anti-inflammatory superheroes. Antioxidant-rich vegetables, whole fruits, nuts and seeds that are high in magnesium (think walnuts, flax, and pumpkin seeds), and fatty fish with high omega-3 content like salmon, trout, and tuna are all on the list of inflammation fighters.

“In general, an anti-inflammatory diet is one that focuses on plants—vegetables, fruits, nuts and seeds, whole grains, legumes—and some lean meats,” says Furgiuele. “It doesn’t necessarily have to be vegan or vegetarian; it’s just highly focused on plants.”

Wilson agrees. “I like to use the word ‘plant-based’ diet,’ and that doesn’t mean no meat. It just means adding more vegetables,” she says. “Try and think of an anti-inflammatory diet as more of a way of eating than a specific prescriptive diet.”

Healthy fats, such as avocados, olives, and fatty fish, should be part of that anti-inflammatory eating mindset, she notes. “An imbalance between omega-6 and omega-3 fatty acids can be another factor in inflammation. While the body needs both of those, it needs more omega 3s than omega 6s, and people tend to be more deficient in the omega 3s.”

To get started incorporating more anti-inflammatory good guys into your diet and squeezing out the inflammatory offenders, Furgiuele recommends striving to fill at least half the plate with colorful, non-starchy vegetables. “Think about eating the rainbow,” she says. “Take blueberries, for example: the compound in blueberries that makes them blueish-purple is anti-inflammatory. So when we’re able to get all those different colors— the reds, the oranges, the blues, the purples, the greens—we’re introducing our bodies to tons of different anti-inflammatory compounds.”

Wilson says fighting inflammation doesn’t have to be restrictive; it can be as easy as simply expanding our flavor horizons. “I think, in general, people are scared of a diet that’s going to limit the things they can eat,” she says. “But an anti-inflammatory diet can really just be about focusing on all the delicious foods that are available that aren’t processed.”

Wilson, who keeps her own home vegetable garden, points out that Western North Carolina, with its wealth of diversified small farms and numerous tailgate markets, is an ideal place to start adding anti-inflammatory local color to your plate. Even in the cold months, she notes, fresh local produce abounds. “In the winter, dark leafy greens and root vegetables are good to rely on,” she says. “They can be grown really well here, and we have a really good climate for growing almost year-round.” Turnips, parsnips, cabbage, and winter squashes like kabocha and butternut are other good winter tailgate market purchases, she adds.

Furgiuele, who offers cooking classes as part of her teachings at Planting Roots Nutrition, urges home cooks to seek creative ways to load those local, non-starchy veggies into every meal. “For example, lasagnas—you can stuff in onions, local mushrooms, kale, and even squash to really fill it up with vegetables so that ratio of carbohydrates to vegetables to meat looks a little bit different.”

Soups and stews are her favorite winter dishes for incorporating a rainbow of fresh veggies. “They are such an easy way to fit in tons of vegetables, and you can also use beans and legumes like lentils to incorporate those into your meals as well,” she says.

But what to do on special occasions when there are food-focused celebrations and gatherings that don’t necessarily revolve around a big pot of veggie-filled soup?

“Don’t restrict yourself from those special foods that you love to eat,” Furgiuele advises. “I think it’s really important to still enjoy those foods, but look at how you can create balance. If you’ve got the protein and the carbohydrate pieces, how can you incorporate non-starchy vegetables? Find those foods at the gathering and create balance with that.”

Rather than eating desserts on their own, she says, consume sweets along with other foods or immediately following a meal to prevent blood-sugar spikes. She also suggests creating new food traditions by being a potluck party guest who brings a healthy dish. For dessert, something as simple as a bowl of fresh berries topped with whipped cream (or coconut whipped cream to avoid the dairy) can add color and flavor as well as loads of antioxidants to the table.

And when it comes to drinks, some local kombucha, flavored seltzers, or soda water with fresh ginger or mint could be a welcome addition to the usual alcoholic beverage menu of wine, beer, and cocktails. “Even some mocktails can be full of lots of sugar and can potentially be inflammatory,” Furgiuele notes. “You can make a bubbly, flavored drink as a way to not be drinking as much alcohol but still have a fun, tasty drink.”

On the savory side, a festive Brussels sprouts salad with pomegranate seeds, a sprinkle of Parmigiano cheese, and a simple, olive oil-based dressing can be a colorful, anti-inflammatory crowd pleaser at your next winter dinner party. Or consider bringing a massaged kale salad with spicy roasted chickpeas and a garlicky dressing—a fiber and antioxidant powerhouse that packs a tempting flavor punch.

“Be the person who brings the Brussels sprouts salad; be the person who brings a fresh, green dish—it’s likely you’re not the only one looking to do that,” Furgiuele points out. “I think more and more people are recognizing that they don’t feel great when they consume all these refined carbohydrates, high-sugar foods, and alcohol.” ◊◊ 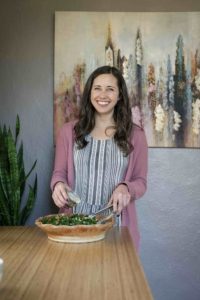