CELEBRATING THE SWEETNESS OF SOURWOOD

“Most of honey is made by bees,” wrote Carson Brewer, a journalist who devoted his career to chronicling the folkways and foodways of the Great Smokey Mountains where he was born.  “But sourwood is made by bees and angels.”

Native to southern Appalachia, the sourwood tree (Oxydendrum arboreum) is small and has beautiful fall colors. It is sometimes referred to as the sorrel tree for its tangy-tasting leaves or lily-of-the-valley tree for its lily-like white blossoms. (While the leaves are edible, they are also a known laxative.) It’s those summer-blooming flowers, or rather their pollen and the bees who collect it, that have made sourwood honey famous. The taste of honey made by bees that have feasted on the sourwood tree has been compared to the flavor of gingerbread: deep, spicy, and sublime. That flavor and the honey’s increasing scarcity have made the resulting sourwood honey a celebrated product in Western North Carolina.

Appreciation for sourwood stretches well beyond residents of the honey’s native range. At Asheville Bee Charmer, a honey-centric shop in downtown Asheville, large crowds of tourists show up for its honey tastings. Unlike the generic, filtered honey commonly found at supermarkets, the Asheville Bee Charmer offers artisanal honeys, a panoply of golds and yellows and browns, each with distinct flavor profiles and culinary potential. “People will sit and taste over 10 to 20 different types of honey from all over the world and leave with a bottle of sourwood,” says Jillian Kelly, the shop’s co-owner. 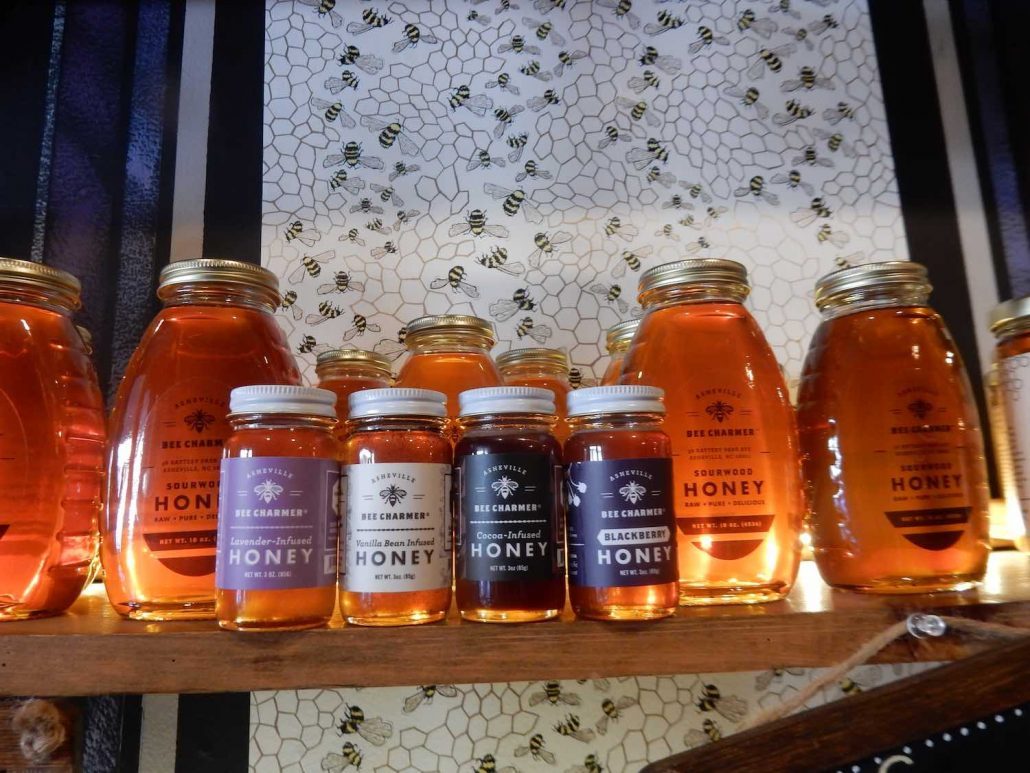 Exceptional flavor is certainly reason enough to explain sourwood’s popularity, but it’s also a rare honey. The organization Slow Food USA maintains a catalogue of foods that are rare and at risk of disappearing. In 2008, it added sourwood honey to the list, noting that urban expansion is a constant threat to sourwood trees, which already have a limited geographic range. “If the honey is produced with the expertise of a skilled beekeeper, the taste has no parallel,” the group said.

In the bigger picture, honeybees themselves are severely threatened. Colony Collapse Disorder is a major concern among beekeepers and honey-lovers (not to mention anyone who likes to eat the extensive range of bee-pollinated food crops). Added to both of those issues is the sporadic flowering pattern of sourwood trees, with bumper pollen production being reported as infrequently as once a decade.

This combination of a great-tasting product and scarcity of supply has inspired a buzz about sourwood honey. Black Mountain hosts a Sourwood Festival, now in its 42nd year and attracting around 30,000 people over two days of music, dancing, arts, crafts, and, yes, sourwood honey. It will be held again August 10 and 11 (more information available at sourwoodfestival.com). Early in the festival’s history, Black Mountain tried to brand itself as the Sourwood City and handed out free sourwood saplings to festival attendees. Bob McMurray, executive director at the Black Mountain Chamber of Commerce, says, “It turned out sourwoods didn’t transplant very well, but we still have a lot of native sourwood groves, and plenty of sourwood honey at the festival.”

Sourwood is also celebrated at Asheville’s annual Black Jar Honey Contest, a blind-tasting competition organized by and benefitting the Center for Honeybee Research. As two-time Sourwood Category winners, Doug and Sharry Mikell are experts on the honey. Doug explains, “In North Carolina, for a honey to be sold as a single species honey like clover honey or sourwood honey, it must contain at least 51% pollen content of that species.” Every year, samples of Mikell’s Farm Honey are sent to Texas A&M University for testing to verify their pollen content and authenticity. The first time, it tested at 94 percent—nearly as high as a honey could achieve—and a faculty member wrote a personal message to the Mikells, exclaiming,  “You don’t understand what you have!” The Mikells, who use all organic practices, attribute the high quality of their sourwood honey to location. On their property, nestled next to the Pisgah National Forest in Old Fort, North Carolina, their bees have foraging access to sourwood blooms at elevations from 900 to 3500 feet within the insects’ two-mile range from their hives. That gives the bees access to prime sourwood forage for an extended period of time because the sourwoods at different elevations bloom at different times—a rare advantage in the beekeeping world.

Around mid-June, Doug will start paying close attention to the sourwoods, carrying binoculars onto the Blue Ridge Parkway and wait for a cue from the bees.

“They know what they want, and they love sourwood,” he says. “As soon as I see them changing their flight path to the sourwoods, that’s when I know to switch out my spring frames [where the bees store honey] and replace them with empty ones for the short sourwood season.”

Great forage is important for both the health of bees and the taste of honey. The Buncombe County Beekeepers Club encourages, educates, and supports local bee- keepers, and its vice president, Mark Traub, stresses the importance of preserving natural habitats, like the areas where sourwood trees grow. While most people think of summer as a time of abundance, many prime forage crops like clover and wildflowers are early bloomers, and so sourwood blossoms fill an important forage gap.

“It’s hard for backyard beekeepers to know where their bees have foraged, especially in an urban setting,” says Traub. “But once you’ve tasted sourwood honey, it’s easy to pick out the flavor.”

On the Mikell’s farm, Sharry likes to save their sourwood honey and showcase its flavors instead of using it as an ingredient. “We’ll use the spring honey for baking, but sourwood is for pancakes, waffles, and french toast,” she says. In addition to running the Mikell honey business, Sharry runs a second enterprise called Bee Naturally. Among other cosmetics, Sharry makes lip balms, which, she notes, taste really good thanks to the sourwood honey in the formula. 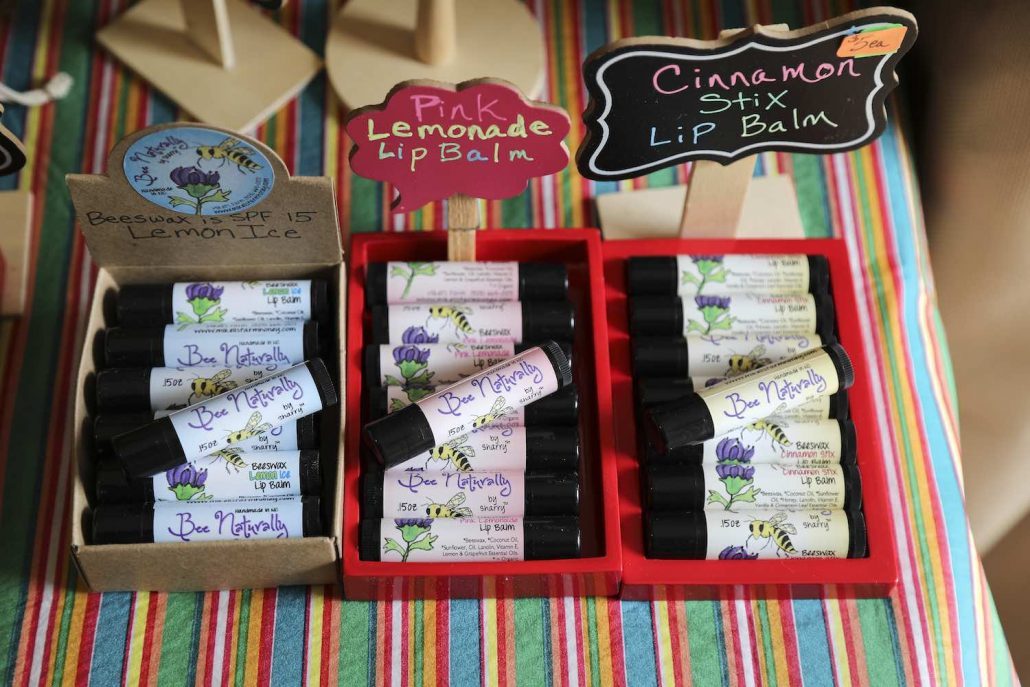 “Sourwood is heaven on a spoon,” she says. So maybe it really is made by angels. ◊◊

Chris Smith is a seed saver and permaculturist who really enjoys writing. He is executive director of The Utopian Seed Project and communications manager at Sow True Seed. He serves on the boards of The People’s Seed and Slow Food Asheville. His book, The Whole Okra, will be published by Chelsea Green in June 2019. More info at blueandyellowmakes.com 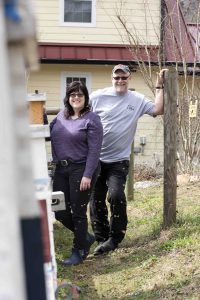 Doug and Sharry Mikell have won awards for their sourwood honey.

HEALTH FROM THE HIVE
Scroll to top