As demand for IPAs booms, farmers take on the risky business of growing hops

The craft beer industry in Western North Carolina may date back only a couple of decades, but Phillip Davis grows a hop plant at his Candler farm with a much older pedigree.

“My grandfather bought this farm, and my grandmother brought a hop plant here from her homestead at the base of White Mountain in Cashiers in the 1930s,” Davis said. “She would make pillows with hops in them.”

That’s a traditional use for the plants, since hops are considered a sleep aid, but Davis had other plans for the vine. As a home brewer, he understood the true value of hops, the ingredient that gives beer much of its aroma and bitter bite. In 2009 he joined with his father and his son—John, 89, and Parker, 25—to found Sticky Indian Hops Farm.

In 2015, hopped-up IPAs accounted for almost 27 percent of total craft beer sales in the U.S., according to the Brewers Association, a trade group. The enormous popularity of hop-forward beers has created a correspondingly high demand for hops.

That demand, though, is not being met by local farmers.

Most hops varieties grow best at higher latitudes in arid climates. Long summer days offer more daylight for faster growth, and dry weather keeps mildew from decimating the crop. That’s why most commercial U.S. hops are produced in the interior of the Pacific Northwest.

Western North Carolina’s latitude is right on the edge of the minimum number of daylight hours the perennial plant needs.

“Because hops have traditionally been grown north of here, those varieties thrive” best at higher latitudes, said Dr. Jeanine Davis, associate professor and extension specialist in the Department of Horticultural Science at North Carolina State University (and no relation to the Davises of Sticky Indian).

At the Mountain Horticultural Crops Research Station in Mills River, Davis and her team are testing ten varieties of hops to see what grows best in the Appalachians. Cascade, a versatile and popular hop, is clearly the winner in terms of production in the research station’s hop yard, Davis said. Chinook, Nugget, and Galena hops are also showing promising yields there.

But the risks remain considerable.

Julie Jensen, owner of EchoView Farm in Weaverville, spent eight years experimenting with hops farming and production before losing most of her plants to downy mildew in 2015.

“It wasn’t a viable project for us to continue,” Jensen said. “My advice to farmers starting out is to make sure to get disease-free rhizomes and make sure that you have enough land.”

EchoView planted 3,000 hop plants on 100 acres, a large operation for this region though small by Western standards. Downy mildew affects hops worldwide, but it can be controlled on larger farms by moving the plants around, Jensen said.

“It’s the nature of farming to have setbacks. You always have to have a backup plan,” Jensen said. EchoView now operates as a fiber mill, processing wool from alpaca and sheep, and the former hop fields are planted with sunflowers, heirloom corn, and sorghum. 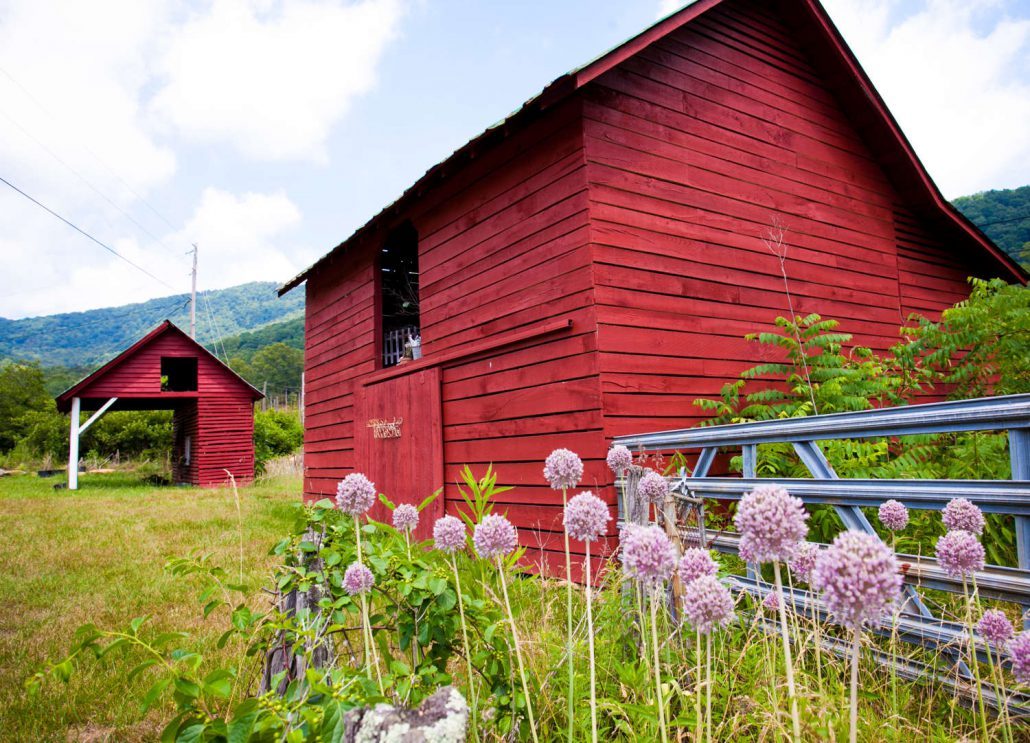 Sticky Indian is hoping to avoid these pitfalls. (The name was inspired by Native American artifacts found at the farm site, combined with the resinous nature of hops.) It has around 700 hop plants at present, including Cascade, Chinook, Nugget, Magnum, and the family heirloom they call “grandmother.”

The farm sells most of its supply to area brewers as fresh hops, harvested in late August, for use in “wet-hopped” beers. Fresh hops, like fresh herbs, are delicate and need to be used with 24 hours of being picked. While the Davis family could dry their harvest, many brewers get excited about the opportunity to experiment with just-off-the-vine hops.

Compared to dry hops, however, it requires four times the amount of fresh hops to produce the same levels of bittering and aroma. As a result, buying local hops can demand a significant cash investment on the part of the breweries. But the investment tends to pay off.

“Wet-hop beer is a unique thing in the Carolinas,” Davis said. “Fresh, local hops are hard to come by here.”

Kevin Sondey, director of brewing operations for Catawba Brewing Company, which has operations in Morganton and Asheville, plans to brew a light German-style lager to showcase the Sticky Indian “grandmother” hop this fall. A couple years ago, he dry-hopped a batch of the brewery’s Farmer Ted’s Cream Ale with that hop, which he describes as similar to a German variety.

Other brewers that have used Sticky Indian fresh hops in recent years include Lazy Hiker Brewing of Franklin, Birdsong Brewing of Charlotte, and Quest Brewing of Greenville, South Carolina.

Phillip Davis said his family is committed to the crop, despite the risks.

“Davises have been farming here since the 1700s,” he said. “Hops are something my 89-year-old dad wanted to do. It’s a new project for him.”

And if that project works out, it will be good news for local brewers and beer drinkers.

Anne Fitten Glenn, author of Asheville Beer: An Intoxicating Guide to Mountain Brewing, has been writing about craft beer for 10 years (and drinking it for much longer). She also works as a consultant to breweries. She is a member of Edible Asheville’s board of advisors. 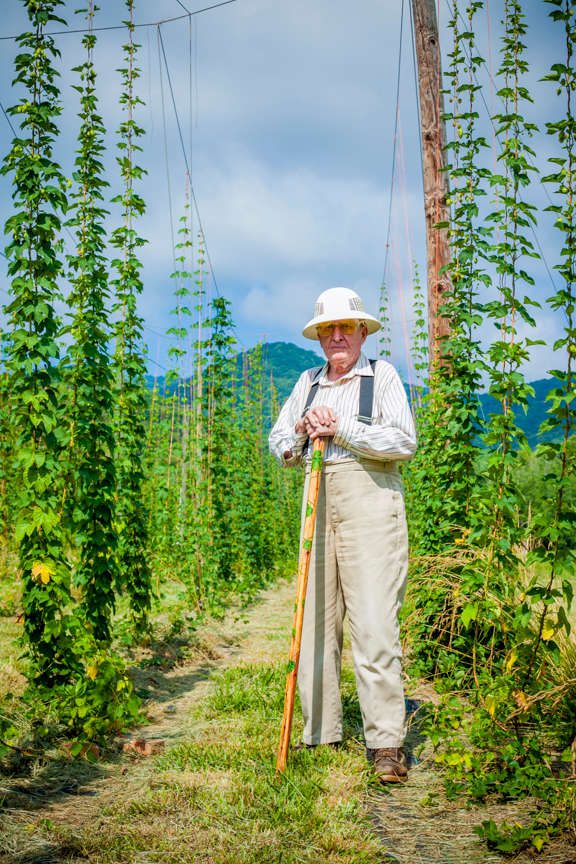 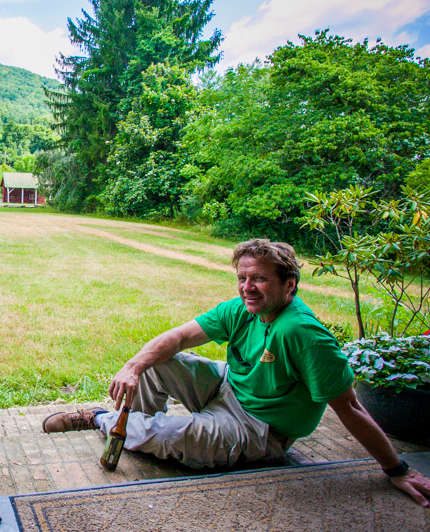 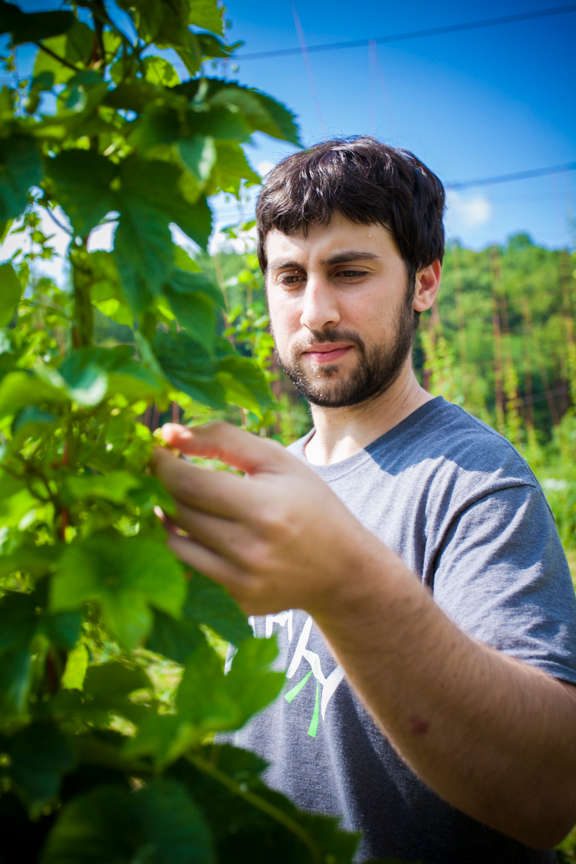