The Legend of Apple Stack Cake

“Pieces of apples were threaded onto strings and hung in the rafters, or strewn onto quilts spread out under the chilly, bright, sunshiny autumn sky,” says Sheri Castle, a writer and expert in Appalachian food.

Those apple slices weren’t decorations. The apple orchards covering the mountainsides of Appalachia produced heaps of fruit, and the traditional method of preserving the bounty was to dry them for use throughout the long mountain winter.

Dried apples make a delicious snack all by themselves, but reconstituting them within a dessert brings out the tannins and sugars. And the classic showcase for the fruit is the apple stack cake, generally believed to have first emerged in the mountains of Kentucky.

Legend holds that the apple stack cake originated as an affordable alternative to a wedding cake. Friends and family members, the story goes, each brought a layer to the big event, where it was assembled into the day’s dessert. The taller the cake, the more beloved the bride-to-be.

It’s a sweet story, but there’s no evidence it’s true. Wedding guests would have discovered that assembling and serving the cake on the same day produces a disappointing confection. Stack-cake connoisseurs advise covering the top of each cake layer with apple butter or applesauce, and then allowing the cake to cure for between two days and a week. The aromatic blend of cake, fruit, mace, and sorghum melds into dense strata that define this mountain dessert.

Methods vary as much as ingredients. In her book Shuck Beans, Stack Cakes and Honest Fried Chicken, Ronni Lundy claims it’s best to bake the layers one at a time in a greased and floured cast iron skillet. Jill Sauceman, who grew up in Scott County, Virginia, and now lives in Johnson City, Tennessee, learned to make the cake from her grandmother, Nevada Parker Derting. She bakes the cake layers on cookie sheets after using a dinner plate as a template to ensure uniform sizing.

“Stack cakes are a labor of love requiring both time and patience,” Castle says. “They were a generous offering from time-strapped mountain cooks and therefore made only for special occasions.”

The apple stack cake emerged from humble beginnings, but that doesn’t make it any less delicious or satisfying. In fact, putting a homemade stack cake on your holiday buffet is just about the purest display of mountain love there is.

Elizabeth Sims is the author of the two Tupelo Honey Cafe cookbooks, and her work has appeared in Southern Living, Garden & Gun, and The Bitter Southerner. A past president of the Southern Foodways Alliance, she is a member of Edible Asheville’s board of advisors.

Sheri notes the cake layers should be thin, similar to a pancake. “Thin, uniform layers are a point of pride among stack cake experts,” she says.

5 cups plus 1/4 cup all-purpose flour, plus more for rolling

Place the apples, brown sugar, ginger, and nutmeg in a large saucepan. Add enough water to cover. Bring to a boil over high heat, then reduce the heat and simmer, stirring from time to time, until the filling is very thick and the apples have absorbed most of the water, about one hour. If the mixture gets dry, add more water. If it is soupy, continue to simmer until the excess cooks away. Use a potato masher or the back of a large spoon to break up the apples into a chunky sauce. Set aside to cool completely.

Preheat the oven to 350 degrees. Grease and our six 9-inch cake pans. (If you do not have six pans, bake the layers in batches.)

Whisk together 5 cups of the flour, sugar, baking powder, ginger, cinnamon, and salt in a large bowl. Make a well in the center of the dry ingredients and pour in the melted shortening, sorghum, vanilla, and eggs. Use your hands to bring the dough together, slowly pulling the dry ingredients into the center. Mix until it is the consistency of stiff cookie dough. If the dough is too wet, add more our.

Dump out the dough onto a lightly floured work surface. Divide the dough into six pieces of equal size. (If you work slowly, wrap each piece in plastic wrap so it won’t dry out.) Use lightly floured hands to pat each piece of dough evenly into the bottom of a prepared cake pan. The dough should be no more than a half-inch thick. (If baking in batches, keep the dough wrapped until it’s time to bake.) Lightly dock the dough with fork tines, making a pretty pattern if you wish. Bake until the layers are firm when lightly pressed, about 12 minutes. The layers do not rise as they bake.

Working one at a time while the layers are still warm, run a thin knife around the edge and turn it out onto a large serving plate or cake plate. Immediately spread it with one-fifth of the cooled apple filling, or about 1 to 1 1/2 cups. Repeat with the remaining cooked layers. As soon as each layer is baked, add it to the stack. Leave the top layer bare. Cover the cake with several layers of plastic wrap and then tea towels, or store it in an airtight cake carrier. Let the cake rest at room temperature for at least two days before cutting. 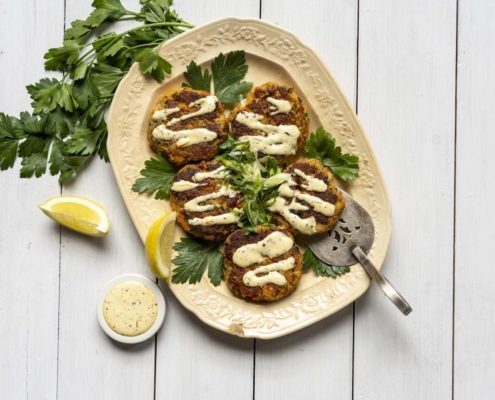 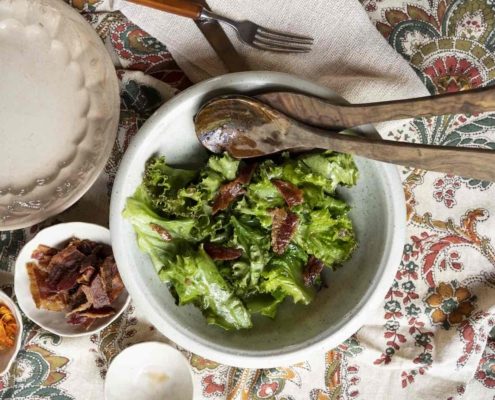 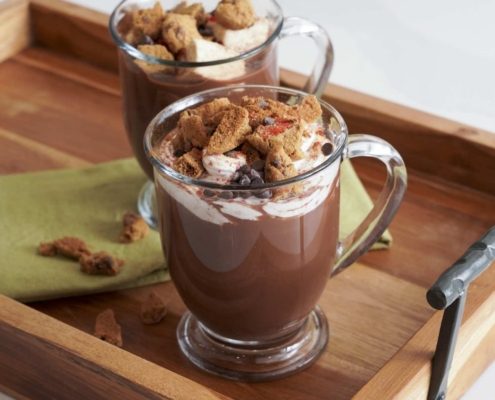 History in the Oven