WARMING UP TO WHISKEY

Note: This excerpt was taken from a full-length feature that appeared in our Holiday 2019 issue. Little Jumbo has been closed since the beginning of the pandemic in March 2020, but announced in December that it will re-open in 2021.

“There are so many great drinks that were invented in the golden age of cocktails, from the 1860s through the 1920s,” says Chall Gray, co-owner of the Asheville bar Little Jumbo.

Gray named Little Jumbo after a bar tended by Harry Johnson, who authored one of Gray’s favorite 19th century cocktail books.  “I don’t really feel like I need to reinvent the wheel. Instead, I love taking an obscure classic and tweaking it, updating it a little, to reflect the way we want to drink today.”

Gray offers an easy entry to whiskey’s pleasures—as well as a festive cocktail for the holiday season—in the Lion’s Tail. A lesser-known classic dating back to the 1930s, the Lion’s Tail marries bourbon, lime juice, simple syrup, and allspice dram (a liqueur available at most liquor stores, though there’s a wealth of recipes online).

“Those flavors play together so well,” says Gray, who finds that it works for all drinkers and seasons. “It’s not stupendously alcoholic, and it’s almost a summer drink that tastes best in the winter.”

If you’re hauling the punch bowl out of the attic anyway, he suggests making a batch of bourbon milk punch for your next holiday gathering. Based on an 1860s recipe, Gray’s version is a lighter alternative to eggnog, but with some of the same flavors.

“We garnish it with freshly grated nutmeg, as it should be,” says Gray. And it’s another way to use the allspice dram you bought for the Lion’s Tail.

1.5 ounces bourbon (Gray recommends something with a little spiciness to it, like Elijah Craig)

Add all ingredients to a cocktail shaker, add ice, shake, strain into a brandy snifter, garnish with freshly grated nutmeg on top, enjoy. 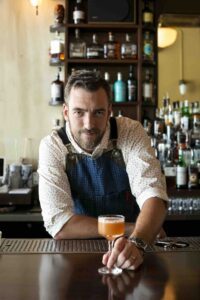 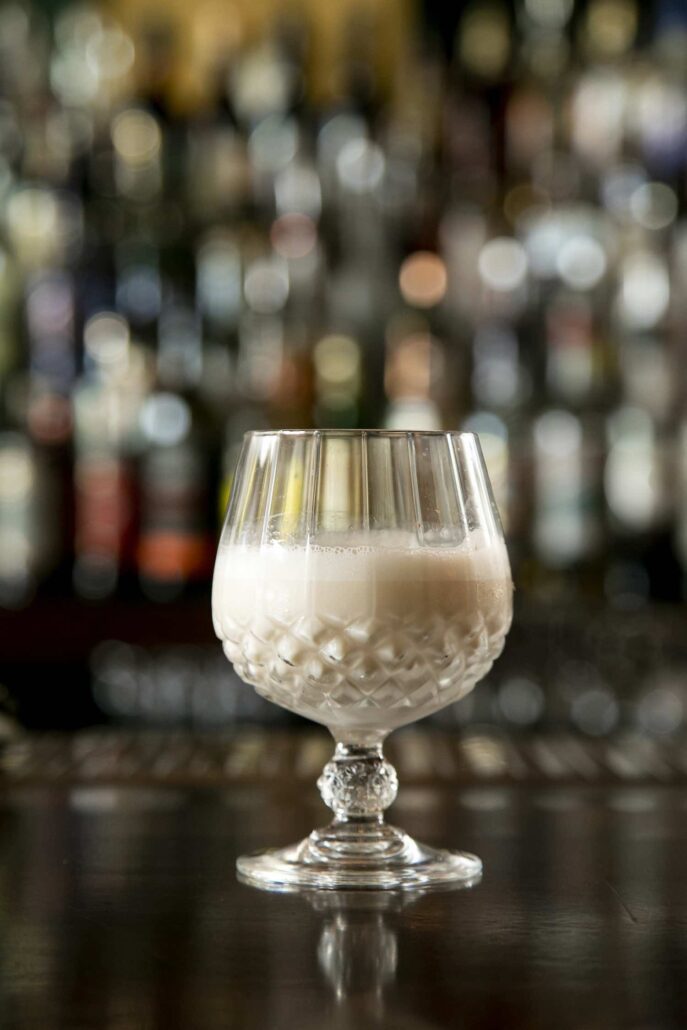