In Rutherfordton, North Carolina, the founders of American Miso Company are evangelists for a way of life

But Rutherfordton, population 4,222, is also home to a business you wouldn’t expect to find in a small Appalachian town: American Miso Company, the world’s largest producer of organic miso.

American Miso has always been a business with a mission, according to John Belleme, who founded the company with his wife, Jan Belleme. He was working in medical research and managing a natural foods store in Miami in the 1970s when he became interested in macrobiotics, a dietary philosophy devoted to whole foods and healthy living. The macrobiotics movement in the U.S. was centered in Massachusetts, and Belleme found himself drawn north.

“I got on my motorcycle and went to Boston,” he says. There he met Jan, studied macrobiotics with Michio Kushi—a leader of the movement—and learned about miso for the first time. Typically made with cooked soybeans, cultured grains, and salt, miso originated in China and made its way to Japan by around 500 AD. It was central to Japanese cuisine but unknown in the U.S. in the 1970s.

Together with a small group of investors and macrobiotics enthusiasts from Boston and Miami, the Bellemes created the American Miso Company.

“We were all evangelists for this way of life,” John Belleme says.

In 1979 John and Jan traveled to a rural village in the mountain foothills of Japan’s Tochigi prefecture, where they were welcomed into the family  of Takamichi Onozaki, a fourth-generation miso maker. The Bellemes spent eight months learning the craft, eating traditional foods, and living in the family’s 300-year-old house, which had a thatched roof and no central heat or running water.

“Before Japan, I was involved in high-technology medical research,” Belleme says. “I thought that was the answer to the world’s health problems. But once I got into macrobiotics and had the Japan experience, it flipped. The traditional way of living was the answer.”

Back in the U.S., John and Jan met with other company founders in Western North Carolina. They had chosen the area as a convenient midway spot between Miami and Boston, but while there they chanced upon  an available 120-acre tract near Rutherfordton. They soon learned that the city’s climate had many similarities to the village  in Japan where they had learned the craft. The foothills of the Blue Ridge turned out to be an ideal place to make miso. 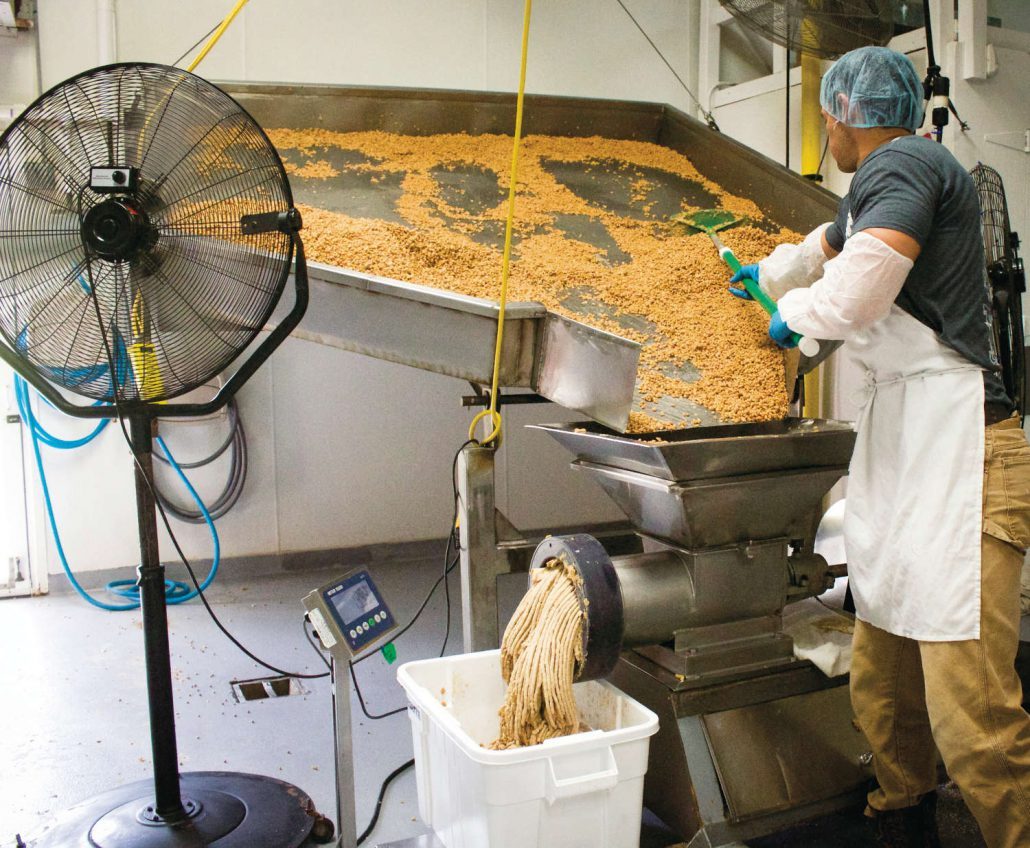 Joe Kato, the company’s current miso master, wears a yellow Bob Marley T-shirt and jeans, clothes as easygoing as his personality. Kato joined American Miso in the 1980s, long-haired and wide- eyed, by way of the Boston macrobiotics community.

“Back then, many hippies came to visit,” he says. “There was a couple living in a VW bus up the hill. We were all just a bunch of natural-food freaks.”

Today, the hippies in the bus may be gone, but the company remains passionate about natural foods made using traditional techniques.

The process begins with the milling of grain—rice or barley—which is then rinsed, soaked, and steamed. The grain is cooled on a long table and inoculated with spores of the mold Aspergillus oryzae. Two men, standing at the table, hand-mix the grain to ensure even distribution of the spores. They cover the grain with two blankets—one cotton, one wool—and move the table into another room, with high temperature and humidity, to allow the spores to grow.

Twenty-four hours later, what emerges is koji, or grain that is bound and matted with fuzzy strands of mold. The koji is broken up, transferred onto sheet trays, and allowed to ferment for another 24 hours. 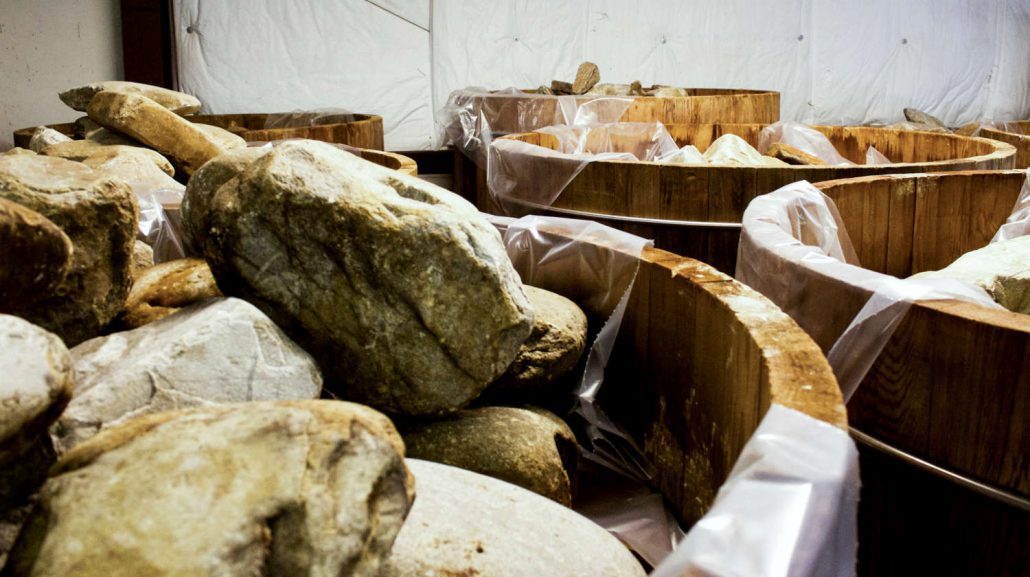 Miso is made by blending koji with sea salt and a paste of cooked soybeans, in proportions that vary according to the type of miso being made.

For the company’s younger products—Miso Master Organic Mellow White Miso, Sweet White Miso, and Chickpea Miso—the fermentation process lasts 15 days to three months. Other products—Organic Red Miso, Country Barley Miso, and Brown Rice Miso—age for as long as two years in one of 55 hulking cypress vats, dark with age, that each hold 8,000 pounds of miso. The smell inside this room is intoxicating, a ripe mixture of soy, cypress, and active fermentation. The company’s products, once found mostly in health-food stores, now sell at groceries all over the United States, including Whole Foods. In a sense, mainstream food culture has finally caught up with American Miso Company, which has been selling an unpasteurized, fermented, probiotic product for nearly 40 years.

The company’s long-term success, Belleme says, can be attributed to high-quality ingredients and ancient techniques, but perhaps most of all to its employees’ commitment to creating a healthier, happier world. And their satisfaction shows. As a visitor departed the company on a recent day, Joe Kato poked his head around the corner of one of the buildings. He smiled, lifted his hand, and flashed a peace sign.

Keia Mastrianni is a food writer living in Shelby, North Carolina. She works part-time on a farm and has written for Edible Charlotte, The Local Palate, and Food Republic. 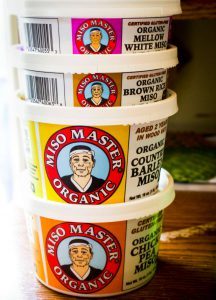 Miso produced by Rutherfordton, North Carolina’s American Miso Company is available all across the U.S.