COOPERATING FOR THE FUTURE

The idea of humans being stronger and better together is practically primal. If cooperation doesn’t arise from care, it develops out of necessity when people cannot count on established systems for support. The struggles of 2020 revealed deep flaws in system services that impact the wellbeing of individuals and our community as a whole. In many instances, neighbors helped neighbors to answer those challenges.

In my career exploring justice and sustainability within food systems, I have been propelled by the foundational question of how humans can feed themselves outside of the flawed systems upon which we currently depend for food. The events of the past year made these queries more potent. Food access is one area in which Western North Carolina communities experienced deep adverse effects from COVID-19 quarantining and job loss. Demand for hunger relief services in WNC rose by as much as 75% after the pandemic began, according to data from MANNA FoodBank.

In response to this dire hardship, several collaborative efforts emerged, bringing together businesses, nonprofits, and community members to support the local economy while getting food to those in need. The We Give a Share initiative, for example, launched in 2020 by farmers and chefs, allows consumers to buy a “share” of local farm produce that is then donated to Southside Kitchen for meal prep and delivery to elderly and homebound residents.

My own personal background is focused on issues of injustice that are often the cause of problems like hunger, so I wanted to look at examples of mutual aid or reciprocal exchange happening locally in other crucial areas. For example, local residents have started forming their own grassroots networks to pull together financing for home purchases or small business loans. This type of organizing is not uncommon in low-income communities or among people of color—people who often struggle to gain access to the formal institutions that offer safety nets in challenging times or provide financing and other resources for advancement in life.

While the shape and structure of these initiatives vary, they all have one thing in common: Groups of people, neighbors, or community members are joining together for a common goal—pooling resources, knowledge, and physical labor to help each other create stability in their lives—as opposed to creating a mechanism for profit.

While there are undoubtedly many such initiatives taking place in our region, especially in light of the challenges brought on by the pandemic, I have been particularly inspired by three local groups that are blazing new trails with cooperative and mutual aid models.

The Patchwork Alliance launched in its current form in the midst of the pandemic in 2020, providing an online store for local farmers, food producers, and crafters to sell their goods directly to consumers.

On the surface, Patchwork Alliance looks like any other e-commerce food business. But behind the exchange of goods is a unique ownership structure that includes not only its founders and employees, but also its many vendors. The Alliance launched at a time when many of these vendors were seeking alternative ways to sell their goods, as restaurants shuttered and farmers markets closed.

Co-founder Sunil Patel, an Asheville farmer and chef with Patchwork Urban Farms, says he is encouraged by the idea that local businesses can thrive and become more secure by building localized and self-sufficient economies.

“Cooperation is hard work,” says Patel. “Practically speaking, our world prevents us from taking the time to create the relationships required. Setting the alliance up as an open slate and then shaping it and the right relationships together is what we are trying to do.”

Kimberly Hunter, an Asheville-based cooperative business consultant, was instrumental in setting up the Patchwork Alliance, but also sees the need for cooperative structures in the areas of land and home ownership. “I tried two times before I finally bought my own home,” she says, noting that the barriers she faced were directly rooted in racism. “I realized what the issues were and how the system works, so I decided to partner early on with trusted people so we could do it together.”

As part of a recent local project called SHARE, Hunter helped connect homeowners with equity and resources to people who self-identified as being in need of safe housing. Together, the group leveraged a cooperative deal that led to home ownership—and an opportunity to build generational wealth—for those who needed it. “Not all cooperative measures or works have an infinite lifespan. Some are designed to do a job on a timeline, and then they are designed to dissolve,” Hunter says.

Now Hunter is a licensed real estate agent and soon-to-be licensed general contractor, as well as a cooperative business developer. She has made cooperation her focus because she quickly identified it as a fundamental way for society’s most vulnerable to move forward.

Having recently become the new owner of Asheville’s Wishbone Tiny Homes, Hunter is restructuring the business around a vision of three overlapping initiatives: to build out 100,000 homes for Black families by 2030, empower women through building and creating space for their talents in the construction industry, and act as an incubator for cooperative living through a project called Legacy Homesteads and Communities.

“Food is a basic need, and housing is a basic need,” says Hunter. “What we see is that people who do not have safe housing are not able to prioritize food, so it compounds.”

Cooperate WNC, a Black Mountain-based nonprofit, seeks to use mutual aid to transform economic and ecological systems in the region. A primary aspect of their work revolves around savings pools, where community members come together to merge their financial savings into one account with the goal of providing low- or no-interest loans to each other. “It’s really simple, exciting, and accessible,” says Carmen Lescher, a savings pool coordinator at Cooperate WNC. “Pools can form around a specific goal or purpose, or not. They can form just by people wanting the mutual wellbeing of those in the group. Whatever needs arise, the members don’t need a bank. They can be taking loans from their pool or getting peer support for themselves and their families.”

Lescher recently facilitated a savings pool for Colectivo Tierra Fertil, a Hendersonville farmers’ cooperative that aims to improve food security for immigrant families. Delia Jovel Dubón is one of the founders and owners. “It has been my dream to grow my own food,” she says. “With my immigrant status, I felt it was impossible. But as I began to talk about it, I learned that I was not alone, and I began to connect with others who shared my values.”

The goal of Colectivo Tierra Fertil is to create business and other opportunities for its members while providing services to other immigrants in the community. The group has started a fresh food bank called Abundancia and is supporting its members in educating themselves about growing food. Education, says Jovel Dubón, will increase members’ food autonomy and they can then share their knowledge, translating information into Spanish for others in the community. “When you don’t speak English, there is already a barrier, and that barrier becomes bigger when you start to talk about agriculture,” she says. “You feel really lost.”

If a major barrier to collaboration is society’s modern divisiveness, the on-the-ground costs of modern challenges, such as climate crisis, pandemic, and growing wealth inequality, may allow us to transcend our cultural discord. With leaders like Hunter and knowledge bearers like Lescher at work, along with the cooperative efforts of Patchwork Alliance and Colectivo Tierra Fertil taking root, the groundwork for improved social solidarity is partly in place. How it is received across the community and translated to heal culture and join resources to needs will determine in what ways WNC can evolve to nourish land and people for the long term. ◊◊

Meredith Leigh is the author of The Ethical Meat Handbook: Mindful Meat Eating for the Modern Omnivore and Pure Charcuterie: The Craft and Poetry of Curing Meats at Home. She is a nationally recognized educator in farming, cuisine, and food systems. She also writes poetry, essays, and other non-fiction about the intersections between land and people and land and the culinary sphere. Her work has been featured in the James Beard Foundation blog, Food52, Taproot Magazine, and others. She lives with her partner and four children in Asheville. 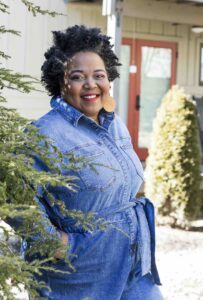 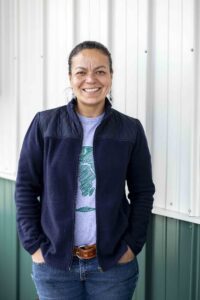 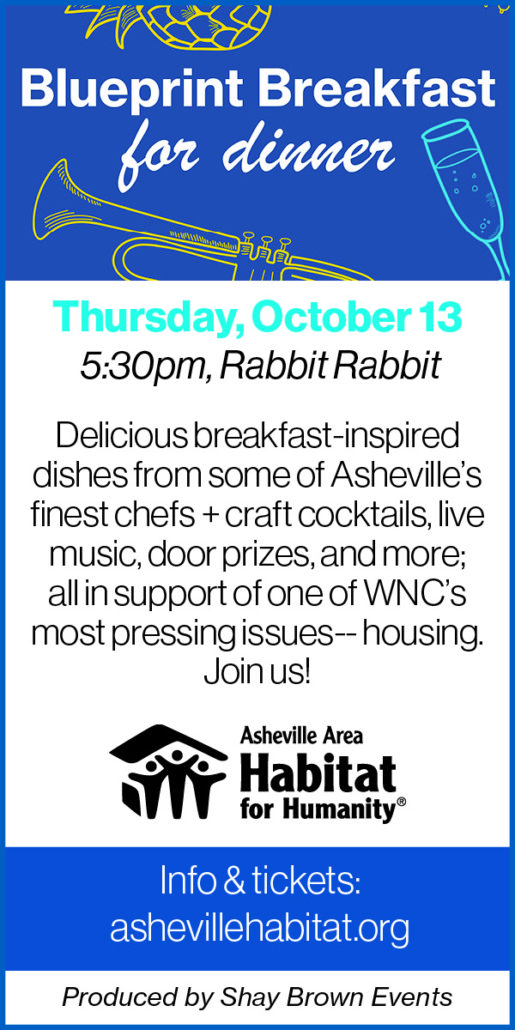